PewDiePie just about 5,000 subscribers ahead of T-Series in race for YouTube top spot

Led by Bhushan Kumar, T-Series is a household name in India since the 1980s.

The ongoing battle for YouTube supremacy between PewDiePie and Indian music brand T-Series is getting very intense as PewDiePie, which has been most subscribed YouTube channel for the last six years, was just about 5,000 subscribers ahead of T-Series at 22.50 pm IST on Friday. 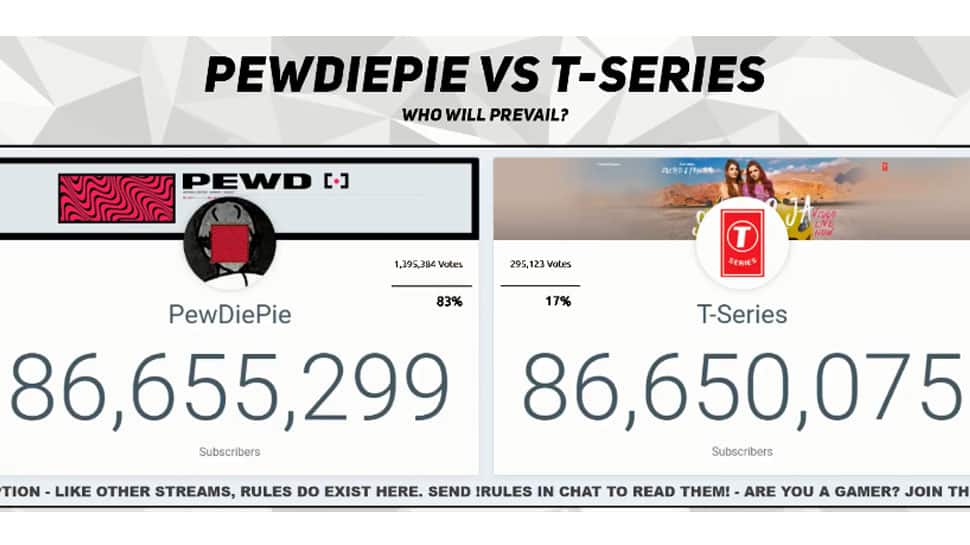 Earlier on Tuesday, it was less than 10,000 subscribers ahead of T-Series.

Last week, Irish gamer JackSepticEye had said that it was quite possible T-Series would defeat PewDiePie in the coming days. JackSepticEye is one of the biggest supporters of PewDiePie and he had urged his followers to back the Swedish YouTuber. "This is just sad.... you can end this madness by subscribing to PewDiePie! TIME IS RUNNING OUT," he had tweeted with a link to Pewds’ livestream.

While PewDiePie is trying very hard to gather subscribers, T-Series seems to have focused on its business. The Indian company has already earned a staggering 86 million subscribers on its own.