Jimmy Donaldson aka MrBeast has lent a big support to the Swedish Youtuber.

NEW DELHI: Swedish gamer Felix 'PewDiePie' Kjellberg has been able to maintain a comfortable lead in its online battle against Indian music brand T-Series, which is trying to dislodge the former as YouTube's the most subscribed channel.

'PewDiePie' has been able to surge ahead of the Indian label due to immense support from popular American YouTuber Mr Beast.

At the time of filing this story, the Swedish Youtuber was 135299 followers ahead of its Indian rival. 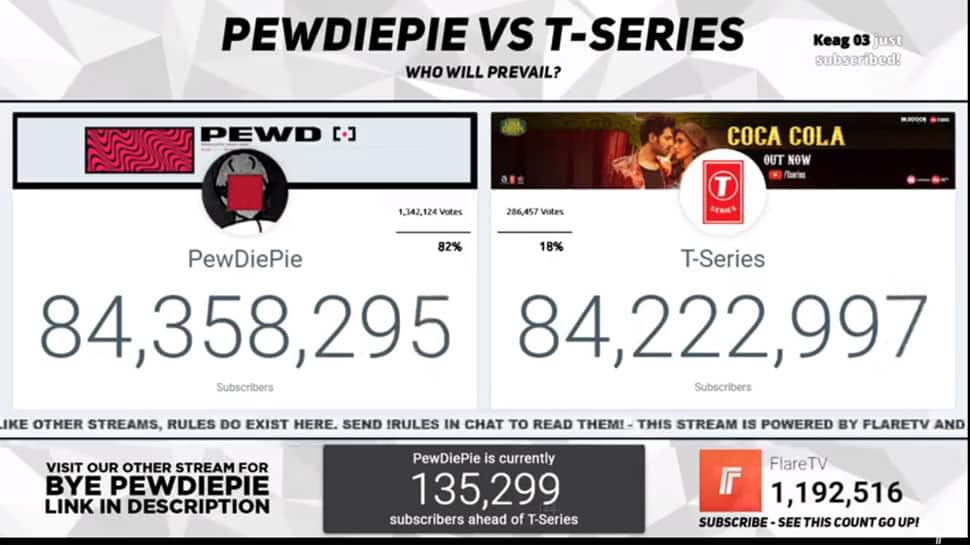 Two days back, the subscriber count between PewDiePie and T-Series had come down to 20,000.

As Pewds (fans of PewDiePie) fretted on how to extend the gap, Jimmy Donaldson aka MrBeast took to the Super Bowl 2019 match on February 4 and began a ‘Subscribe to PewDiePie’ campaign extending support to the Swedish YouTuber. Soon, it was breaking the Twitter and even managed to feature on sports channel ESPN.

This never-ending battle for the most subscribed YouTube channel spot between PewDiePie and T-Series has been going on for more than 10 months now.

PewDiePie, the one-man army known for his gaming commentary and controversial views, held the most subscribed channel for years now.