The one-man Swedish content creator PewDiePie has been locked in an online battle with music T-Series for the most-subscribed channel on YouTube for months. 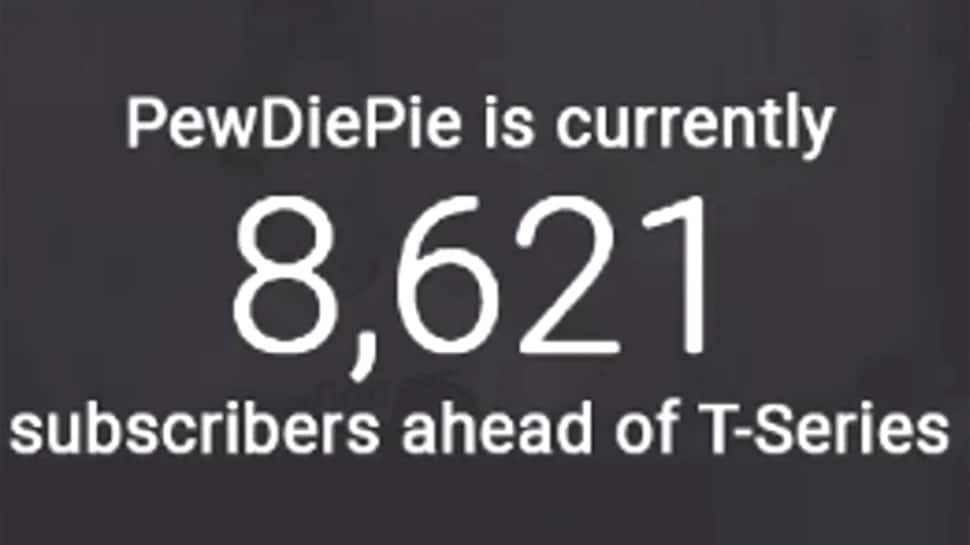 PewDiePie seems to have given up and conceded defeat.

Or so says the video uploaded by Felix 'PewDiePie' Kjellberg on Wednesday: “I might as well upload this since we are losing..”

PewDiePie goes on to review books in the video, in the hope of gaining more subscribers. He also shares a screenshot that shows that the gap between the two YouTube giants down to a little over 8600.

“We can bring back and stop T Series again. Let's do it,” he says in the video.

At the time of filing the story, PewDiePie had gained back and was 36000 subscribers ahead of T Series.

The one-man Swedish content creator PewDiePie has been locked in an online battle with music T-Series for the most-subscribed channel on YouTube for months.

PewDiePie, known for his video-game commentary, held the mantle for more six years only to be threatened by T-Series fast ascent to the top in mere months. Several Pewds (PewDiePie fans) and top YouTube content creators came out in PewDiePie's support, some to the extent of hacking worldwide printers, Google Chromecasts and defacing the Wall Street Journal website.

Latest to support PewDiePie in his the battle against T-Series is SpaceX and Tesla CEO Elon Musk, who meme review with Justin Roiland, creator of popular adult animated science fiction sitcom Rick and Morty.

T-Series less than 10,000 subscribers behind PewDiePie in race for YouTube top spot