This is it: Subscriber gap between PewDiePie and T-Series down to 3700+

“Looks like this is it,” tweeted PewDiePie, almost conceding defeat. 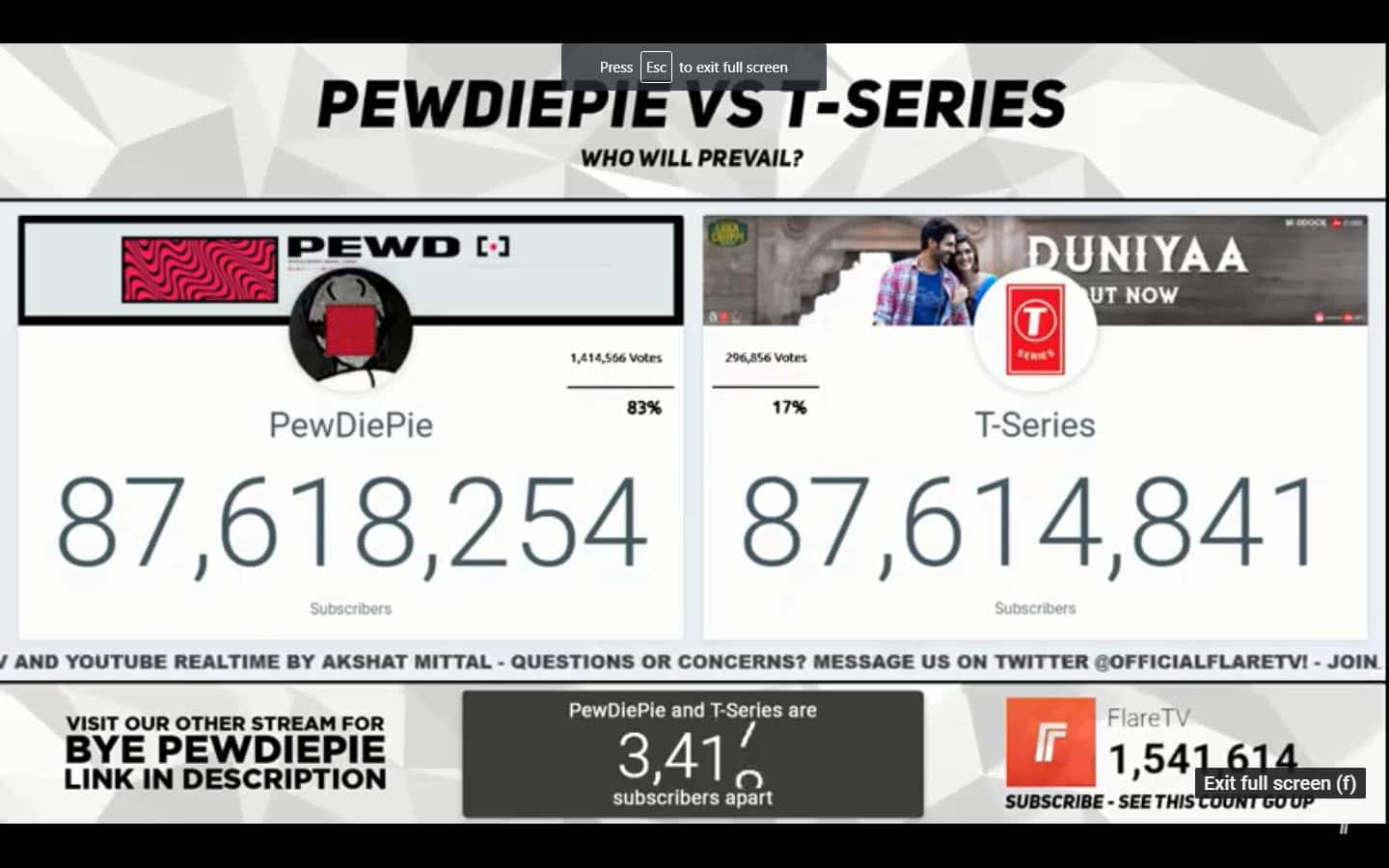 The subscriber gap between PewDiePie and T-Series narrowed to down to 3700 on Saturday night, with the Indian record label once again poised to take over the Swedish gamer's channel.

“Looks like this is it,” tweeted PewDiePie, almost conceding defeat.

T-Series had overtaken PewDiePie on February 22, with about 2,000 subscribers for about five minutes. However, PewDiePie, owned by Swedish gamer Felix Kjellberg, soon regained his followers.

The battle for most subscribed YouTube channel between PewDiePie and T-Series has been going on for months now.

Led by Bhushan Kumar, T-Series is a household name in India since the 1980s. Bhushan is the son of T Series founder Gulshan Kumar who was assassinated by the underworld mafia D Company in 1997. T-Series has 29 TV channels in several Indian languages. It hosts some of the biggest Indian artists, drawing millions of views. At the beginning of 2018, T-Series had about 30 million subscribers on its YouTube channel. The introduction of new changes in Indian mobile and data service, the subscriber list sky-rocketed to over 70 million in just six months.

PewDiePie, known for his video-game commentary, held the mantle for more six years only to be threatened by T-Series fast ascent to the top in mere months. Several Pewds (PewDiePie fans) and top YouTube content creators came out in PewDiePie's support, some to the extent of hacking worldwide printers, Google Chromecasts and defacing the Wall Street Journal website.

Latest to support PewDiePie in his the battle against T-Series is SpaceX and Tesla CEO Elon Musk, who meme review with Justin Roiland, creator of popular adult animated science fiction sitcom Rick and Morty.