The zebra has white spots on its body while it has thin white stripes on its legs. It was first spotted by Antony Tira - a renowned tour guide-cum photographer. 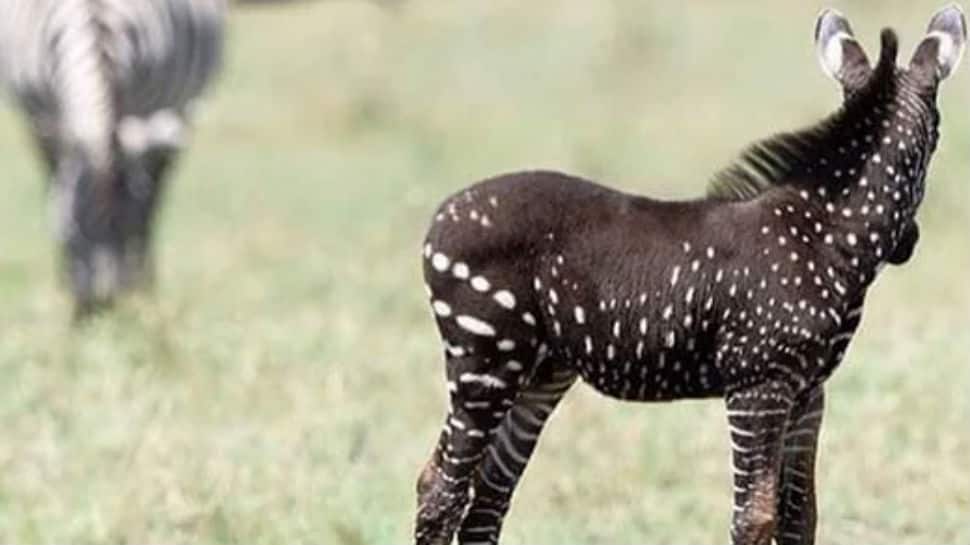 New Delhi: A newborn polka-dotted zebra was pictured at the Maasai Mara National Reserve in Kenya earlier this September.

The officials at the national reserve took to social media to share incredible pictures of the zebra foal it has garnered a lot of social media attention. Netizens are truly surprised with the news of the rare sighting.

"The dotted zebra foal which has been spotted in the Maasai Mara Game Reserve causing excitement among tourists," read the caption of one of the posts.

The zebra has white spots on its body while it has thin white stripes on its legs.

See the pictures below:

The zebra was first spotted by Antony Tira - a renowned tour guide-cum photographer. He told Daily Nation that initially he was "confused" and thought that "it was painted or marked for purposes of migration."

"At first I thought it was a zebra that had been captured and painted or marked for purposes of migration. I was confused when I first saw it," Tira said. He further added that it was a week-old zebra with melanin disorder.

The rare zebra foal has been named Tira, after Antony Tira.

The photographer also told Daily Nation that the animal created a stampede at Maasai Mara with tourists, guides and other rushing near the place to capture it in their lenses.

Vacay, sesh among other 530 words added to Merriam-Webster dictionary