The video shows the bears growling and roaring at each other. Later, they stand on their hind legs and move to across the road. They pounce on each other as the fight turns serious. 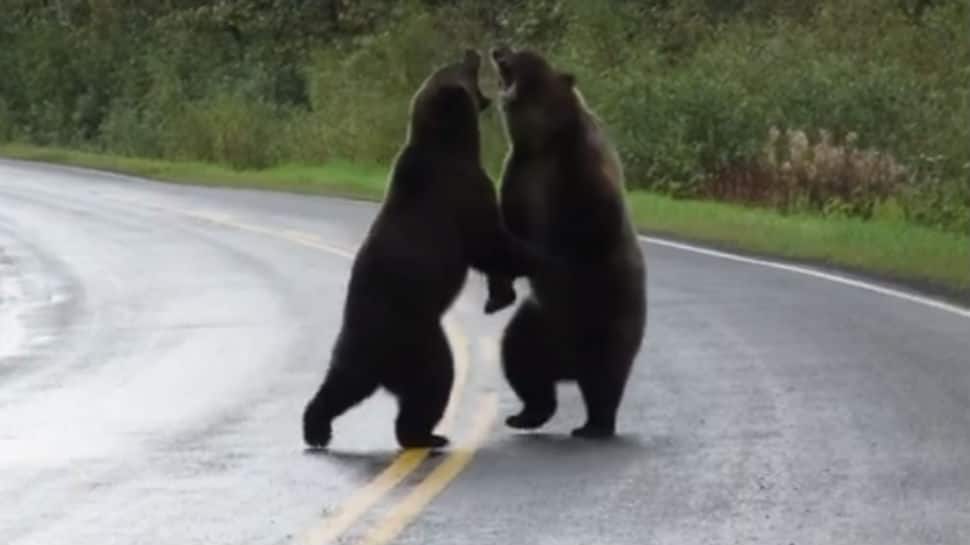 New Delhi: The internet is truly delighted to witness a rare moment of two grizzly bears fighting it out on a British Columbia highway. Shared on Facebook by a Canadian woman named Cari McGillivray on Friday, the video has collected 2.4 million views so far.

As explained by the woman, she on the Stewart Cassiar Highway, when she saw the two bears fighting.

The video shows the bears growling and roaring at each other. Later, they stand on their hind legs and move to across the road. They pounce on each other as the fight turns serious. The video ends with the two bears chasing one another as they run towards the camera.

"Don't normally post on here but thought I'd share this incredibly rare and amazing moment with all you guys of these grizzlies fighting! Keep a sharp eye out for the little wolf that is observing them in the distance," the woman captioned the post.

"Absolutely AMAZING video, Cari! Thanks for sharing your experience with us!" read a comment. Another user wrote, "Wow, truly a once in a lifetime experience! Amazing footage!"

What did you think about the video? Tell us in the comments section below.