The Traffic on the Suez Canal on Thursday was temporarily suspended for traffic as efforts are on to straighten the vessel that has blocked the waterway for the third day continuous day. 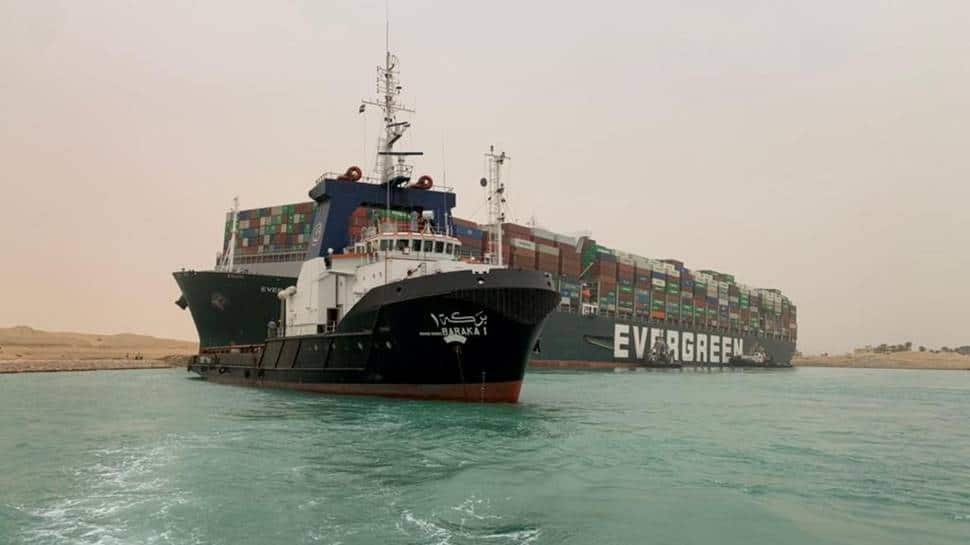 New Delhi: The Traffic on the Suez Canal on Thursday was temporarily suspended for traffic as efforts are on to straighten the vessel that has blocked the waterway for the third day continuous day.

Dozens of vessels carrying oil and gas, and bulk vessels hauling grain have been held up at both ends of the canal giving rise to one of the worst shipping jams seen for years. As the transit through one of the world`s busiest shipping channels from both directions has been blocked it is very likely to drive up the price of essential commodities.

The waterway is used for goods, oil, grain and other products and links Asia and Europe.

The Ever Given vessel, which is 400 m (430 yard) long compared to Empire State Building in height, ran aground across the single-lane stretch of the southern canal on Tuesday morning in a diagonal fashion. It allegedly lost the ability to steer amid high winds and a dust storm.

Currently, eight tug boats are trying to push and pull the Ever Given free of the canal`s banks, the Suez Canal Authority (SCA) said in a statement.

"We can`t exclude it might take weeks, depending on the situation," Berdowski told the Dutch television programme "Nieuwsuur". He said the ship`s bow and stern had been lifted up against either side of the canal.

Shipping experts believe that if the blockage persists then the firms will be forced to re-route vessels which would add roughly a week to the journey.

Also, they claimed that the blockage is unlikely to be cleared within the next 24-48 hours.