Swedish YouTuber PewDiePie and T-Series are locked in a bitter online battle to become YouTube's most subscribed channel.

NEW DELHI: Swedish Youtuber PewDiePie has mocked the popular Indian music label T-Series as the subscriber gap between the two came as close as ever on Sunday.

It may be recalled that the two are currently locked in an intense online battle to become YouTube's most subscribed channel.

''No video today, just to give T-Series a feeling of hope," the embattled Swedish vlogger tweeted on Sunday.

no video today, just to give tseries a feeling of hope — ƿ૯ωძɿ૯ƿɿ૯ (@pewdiepie) February 9, 2019

Popular YouTuber, MrBeast, who has launched a campaign in his hometown to promote PewDiePie and advertised him at the Super Bowl, was quick to reply:"Excellent strategy my king".

Leon Lush too joined the Twitter conversation, saying, ''Then we strike at midnight while they are resting on their laurels".

Then we strike at midnight while they are resting on their laurels — Leon Lush (@LeonLush) February 9, 2019

Some even made a desperate call for another internet celebrity, billionaire Elon Musk, to throw his weight behind the Swedish YouTuber.

Swedish gamer Felix 'PewDiePie' Kjellberg has so far been able to maintain a comfortable lead in its online battle against Indian music brand T-Series, which is trying to dislodge the former as YouTube's the most subscribed channel.

'PewDiePie' has been able to do so mainly due to immense support from popular American YouTuber Mr Beast. 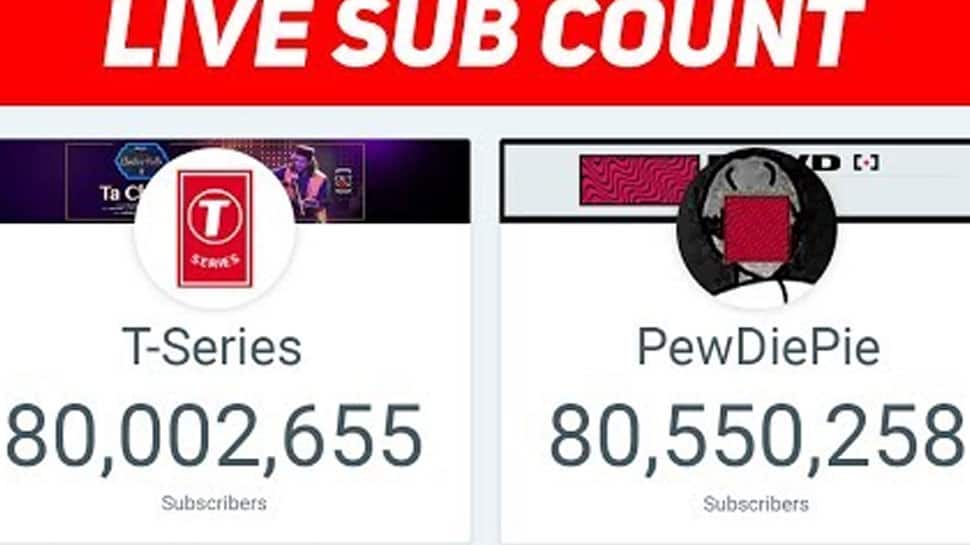 This never-ending battle for the most subscribed YouTube channel spot between PewDiePie and T-Series has been going on for more than 10 months now.

PewDiePie, the one-man army known for his gaming commentary and controversial views, held the most subscribed channel for years now.

Interestingly, T-Series is already number one on another metric - the Most-Watched YouTube channel.