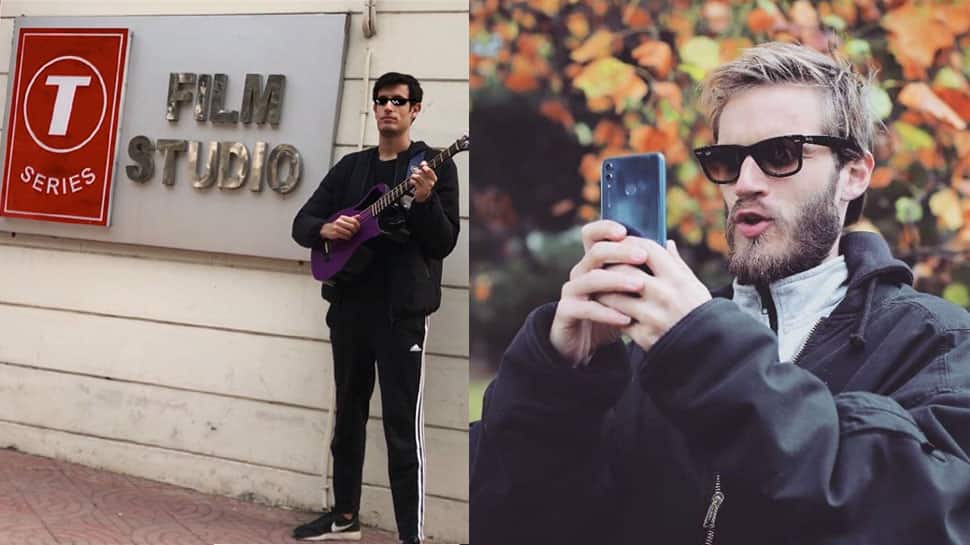 The T-Series versus PewDiePie battle on YouTube is giving serious travel goals to some. Popular Italian musician and bass player Davide Biale, whose YouTube channel is called Davie504, travelled all the way to Film City - Noida in India, just to play Bitch Lasagna outside T-Series office gate.

“I went to INDIA at T-Series office just to play Bitch Lasagna. It's not over yet. subscribe to @pewdiepie goddamnit” tweeted @Davie504. PewDiePie later retweeted the video.

I went to INDIA at T-Series office just to play Bitch Lasagna.

Felix “PewDiePie” Kjellberg had released a diss track roasting T-Series in October last year, at the height of their YouTube war.

In David504's video, the Italian musician is seen playing outside T Series building's white iron gates located inside Film City, Noida – a hub for media and production houses in India. He's also seen playing outside the popular DFL Mall of India, and the narrow bridge connecting the mall and Film City.

Earlier, Davie504 played a bass cover of 'Bitch Lasagna' on his guitar for 10 hours straight and streamed it live on YouTube.

While some might say, it is just a ploy to get more subscribers on his own YouTube channel, but come on man, he did take the plunge and flew all the way down from Hong Kong.

For the uninformed, one-man Swedish content creator PewDiePie was locked in an online battle with music T-Series for the most-subscribed channel on YouTube. PewDiePie, known for his video-game commentary, held the mantle for more than five years only to be threatened by T-Series fast ascent to the top in mere months. Several Pewds (PewDiePie fans) and top YouTube content creators came out in PewDiePie's support, some to the extent of hacking worldwide printers, Google Chromecasts and defacing the Wall Street Journal website.

PewDiePie ultimately zoomed ahead in the war with YouTube purging spam accounts which led to a substantial loss of subscriber count for T-Series. There's been a sudden resurgence in the battle between the two, with PewDiePie asking followers to continue subscribing to it,

T-Series vs PewDiePie war on YouTube just got political