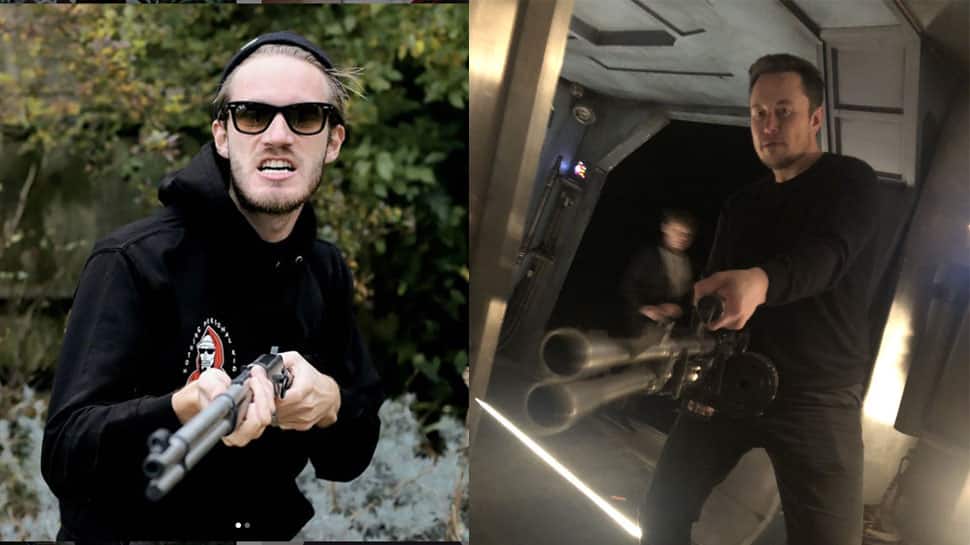 The T Series versus PewDiePie war is raging on. And now, the founder of SpaceX, Tesla, Hyperloop, The Boring Company, and Neuralink, has joined in.

Soon after Musk's tweet, the Twitter went crazy. Mr Beast joined in and drove drove a “hard bargain” -- $5 for a Tesla.

I triple dog dare you to host meme review.

Without any delay, PewDiePie tweeted, “dont shoot please host we need this!”

Hours later, Felix posted his vlog 'What is happening?!' on YouTube.

“Last night before I went to sleep, the absolute mad lad, Elon Musk, posted a Tweet. Is that a gatling (sic) gun? What is that??" says Felix in the YouTube video.

“See what I’m talking about? We’re not handing out posters anymore. We’re going to war. We have Elon Musk on our side,” he added.

Musk's sudden support is like a godsend for PewDiePie who's still battling to keep T Series at bay.

At the time of filing this story, T Series was less than 2 million subscribers away to dethrone PewDiePie from being the most followed channel on Youtube.