In the televised call, the US president Robert Nixon told Armstrong and Buzz Aldrin that the whole world was proud of them, and that "because of what you have done, the heavens have become a part of man's world." 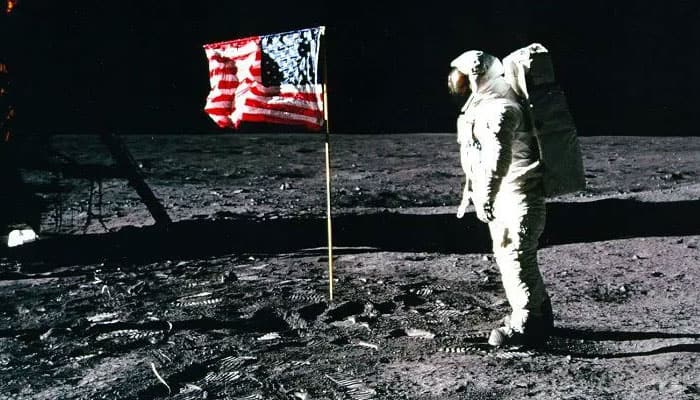 When US astronauts Neil Armstrong and Buzz Aldrin created history on July 20, 1969, by becoming the first humans to set foot on the moon, then US President Richard Nixon earned the distinction of becoming the first human to call the moon from a landline phone. In the televised call, the US president told Armstrong and Buzz Aldrin that the whole world was proud of them, and that "because of what you have done, the heavens have become a part of man's world."

Live Science reported that at the same time Nixon was ready to dial Armstrong and Aldrin's soon-to-be-widowed wives because though the lunar module carrying the two astronauts managed to touch down on the Sea of Tranquility successfully that night, no one was sure that Aldrin and Armstrong would be able to return safely to the orbiting command module where their crewmember Michael Collins was waiting for them, patiently and fearing about their safety. Nixon was aware of this fact and he had already asked his speechwriter William Safire to write a speech "in event of moon disaster."

In 1999, Safire said in an interview with Meet the Press that piloting the lunar module back into orbit to meet the command module was believed to the riskiest objectives of the Apollo 11 mission. He had said in the interview that Armstrong and his colleagues faced a daunting challenge in returning the module to orbit, reported Live Science.

"If they couldn't [do it], they'd have to be abandoned on the moon, left to die there," Safire told Meet the Press. "The men would either have to starve to death or commit suicide."

If that had happened, NASA would have snapped all communications with the three astronauts and Nixon would have informed the world about the disastrous mission.

The lunar disaster plan prepared by Safire included instructions on how Nixon should first inform the widows of the astronauts before addressing the nation explaining how "fate has ordained that the men who went to the moon to explore in peace will stay on the moon to rest in peace."

More men would follow in the Apollo astronauts’ footsteps, Safire wrote, and "surely find their way home." But Aldrin and Armstrong "were the first, and they will remain the foremost in our hearts."

"For every human being who looks up at the moon in the nights to come will know that there is some corner of another world that is forever mankind," the speech concluded.

Safire noted that following the sombre address, the president had planned to give a modified burial to the astronauts at sea in a public ritual that commended their souls to "the deepest depths."