Video: Giant anaconda takes on caiman in Brazil, here's what happens next

The video shows the two reptiles fighting it out in a forest in Brazil and in an attempt to kill the caiman, the giant anaconda wraps itself around it and tries to strangle it. 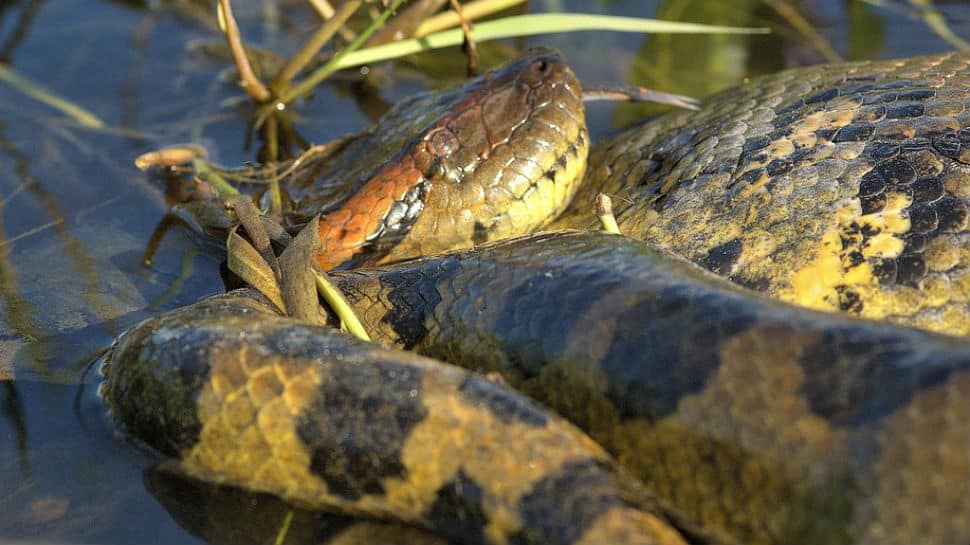 New Delhi: An epic battle between a giant anaconda and a caiman has taken over the internet by storm. It shows the two reptiles fighting it out in a forest in Brazil and in an attempt to kill the caiman, the giant anaconda wraps itself around it and tries to strangle it.

As put by Dooley, he was "lucky enough" to capture the moment which he had never seen before.

"I was sitting in a boat having our lunch when this happened. I couldn't believe it all. I heard all of this splashing, and when I looked I could see the caiman was suffering. The anaconda just kept strangling the caiman. It had even broken all of the caiman's legs,” he was quoted as saying by international websites like LadBible and news.com.au.

Dooley also added that the fight went on for close to eight minutes and the anaconda soon ran out of oxygen and had to let go of the caiman.

"But the snake managed to get away and slither out, I think eventually the caiman died,” he concluded.