The analyst, identified as Mazhar Barlas, fell off the chair suddenly during the discussion, leaving everyone shocked. The reaction of the anchor is unmissable too. 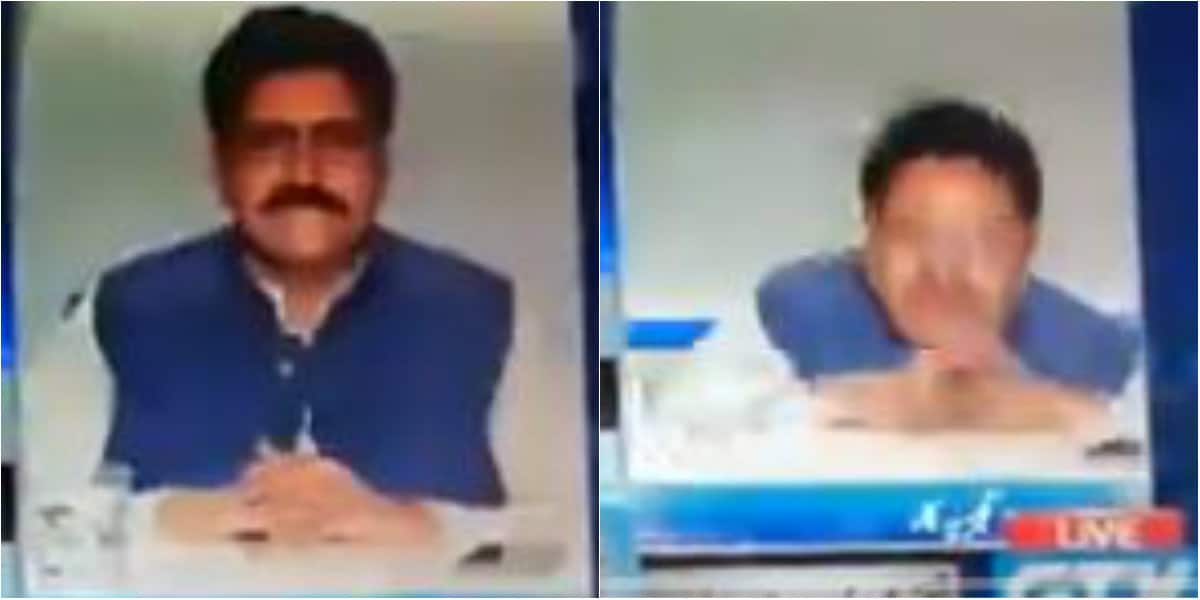 New Delhi: An analyst on a Pakistani news channel fell off from his chair during a live television debate. A footage of the incident is now doing the rounds on social media.

The debate happened on September 16 on GTV Live while the analysts were having a discussion on Kashmir.

The analyst, identified as Mazhar Barlas, fell off the chair suddenly during the discussion, leaving everyone shocked. The reaction of the anchor is unmissable too.

The video has been shared widely on Twitter and has left netizens in splits. Watch:

During a live discussion on Kashmir an analyst falls off his chair. This happened on Pakistan's GTV. pic.twitter.com/gWGcBoboVi

That is what these so called analysts deserve , haha pic.twitter.com/GaprstPlTa

Anchor trying to stop his laugh

In August, a video of Pakistan Railway Minister Sheikh Rashid also went crazy viral. He suffered an electric shock when he spoke against Prime Minister Narendra Modi on the Kashmir issue.