The video shows a lion grazing in the lush green forest. It is from Khamba forest area in Gujarat's Amreli district. 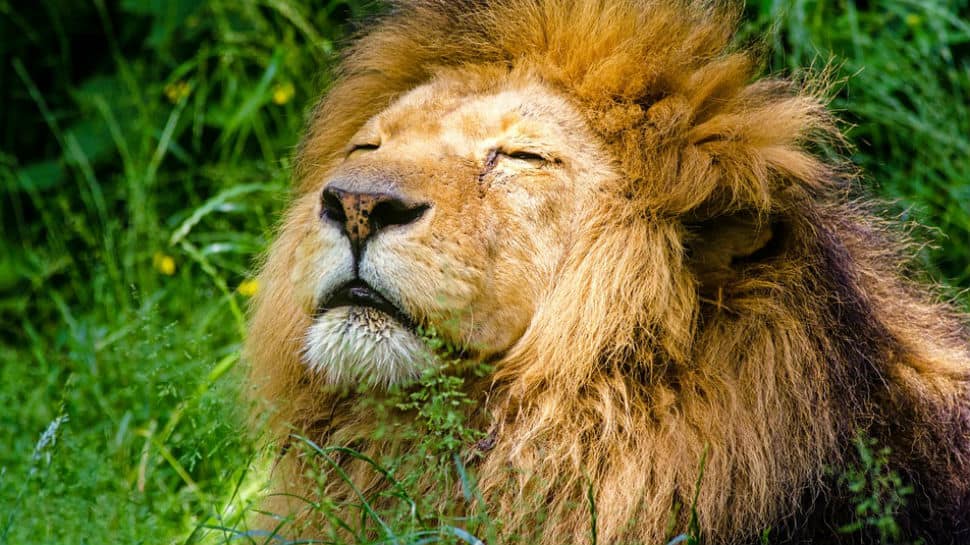 New Delhi: Ever seen a lion eating grass? If not, we have a video (embedded below) which shows a lion grazing in the lush green forest. It is from Khamba forest area in Gujarat's Amreli district. The video has gone crazy viral and at the same time, left the internet confused (but more on that later).

The lion can be seen chewing the grass for more than a minute and towards the end, it throws them out.

The video has brought up a debate on social media on how a lion, who has a carnivorous diet, can munch on grass. However, later, the Gujarat Forest Department took to Twitter to clear the doubt that it is not uncommon for lions to eat grass.

Sharing a news report about the same story, the forest department tweeted, "Wild cats eat grass when their stomach is upset. This helps them vomit out some undigested food." They also added, "Present video is about lion eating green grass in Khambha forest area of Amreli district."

"Even dogs eat grass to clear their stomach. It's a cleansing mechanism," read a tweet related to the video while another person wrote, "Obviously, lions eat grass sometimes for digestion."