The video has been widely circulated and has gone viral on the internet. 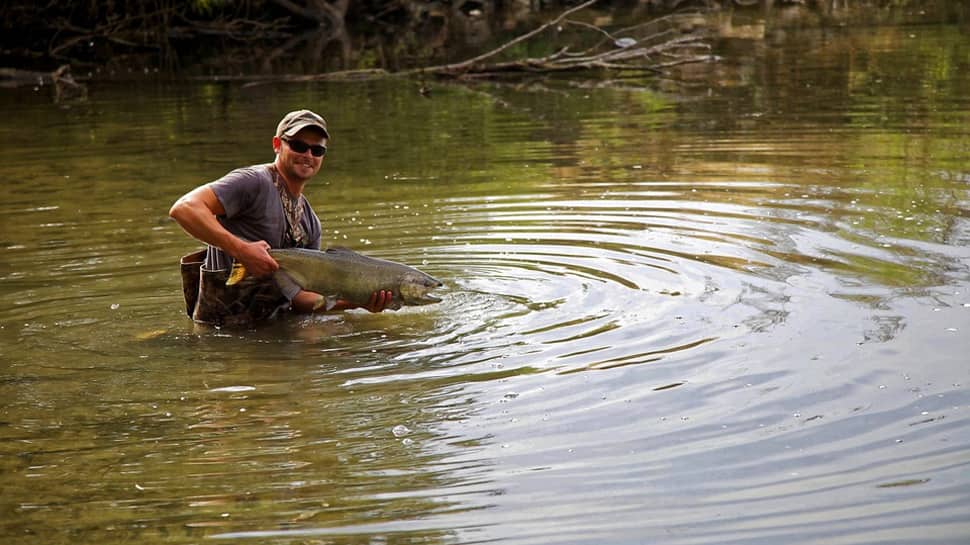 New Delhi: A man in Houston, Texas had a shocking fishing experience recently. According to a report in Sputniknews.com, the man, identified as Chase McCray went fishing in Langham Creek in Harris County and was left stumped with what he saw.

After he caught a fish in his fishing hook, he was astonished to find out that the fish was already in the grip of a giant snake, who was feeding on it. The video has been widely circulated and has gone viral on the internet.

The things I go through with bayou fishing pic.twitter.com/5E5qqg6Ira

The mind-boggling video has already garnered around 4.6 million views on the micro-blogging site. The report quotes him as saying, “I took the knife to get the snake off the fish and released the fish. The snake had a few wounds from the knife, but I released it as well.”

A lot of snakes feed on fish. The incident took place when Chase was fishing in a bayou. a slow-moving creek or a swampy section of a river.

US newlyweds killed in car crash minutes after tying the knots