Was trying to highlight potholes in Bengaluru, says man who went viral with 'astronaut' video

"There are bad roads everywhere in the city. As residents of Bengaluru, we face a lot of problems. These potholes even cause accidents. This is why I am trying to highlight these issues," Nanjundaswamy said. 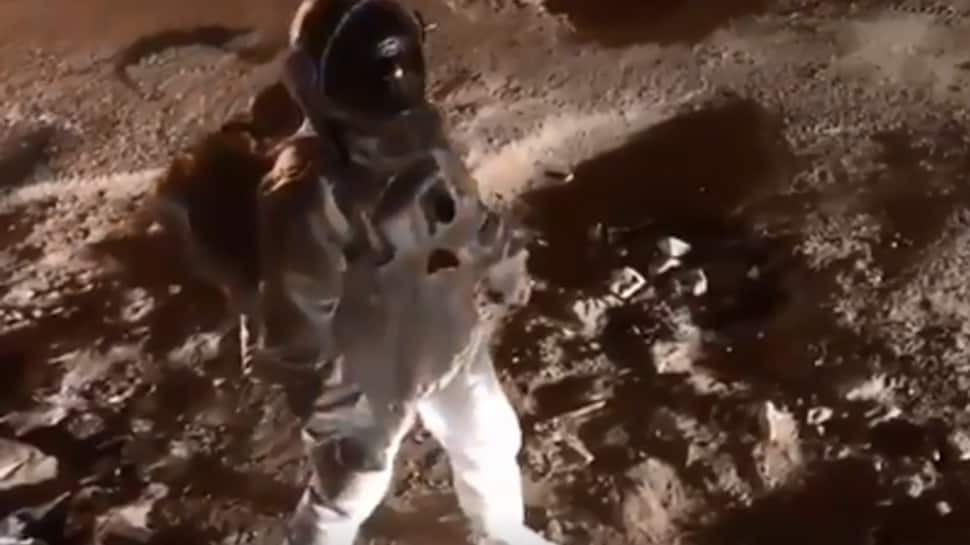 Bengaluru: The Good Samaritan, Baadal Nanjundaswamy, who took social media by storm after posting a video of him dressed as an astronaut and walking over potholes in Bengaluru, said that he was trying to highlight the problems that people of Bengaluru face every day.

"There are bad roads everywhere in the city. As residents of Bengaluru, we face a lot of problems. These potholes even cause accidents. This is why I am trying to highlight these issues," Nanjundaswamy told ANI on Tuesday.

He also claimed that he has taken up several similar campaigns in the past which also yielded positive results as the problems were resolved.

"Earlier, I had painted on a pothole in the road and posted it on social media. The civic authorities fixed it immediately. My experience so far has been good," Nanjundaswamy said.

He also said that some people who do not understand his concepts also try to threaten him against doing such things. "However, I do not pay heed to them," he added.

Nanjundaswamy had shared a video on social media in which he appeared to be walking on the surface of the moon wearing what looked like a spacesuit. However, as the camera panned, it was revealed that the man was instead walking on a pothole-filled road in Bengaluru. The video instantly went viral over social media with large number of users commenting over it and applauding the concept.

Nanjundaswamy, an artist from Mysore, is known for his artwork aimed at highlighting the daily issues of the people to civic authorities.

These cats steal the spotlight with their cat-walk. Viral video is the cutest thing on the internet today