Internet is filled with shocking videos of unusual medical conditions ranging from doctors pulling out parasitic worms from a man’s eye to over a 100 tapeworm eggs inside the brain of a little girl, which are difficult to digest. 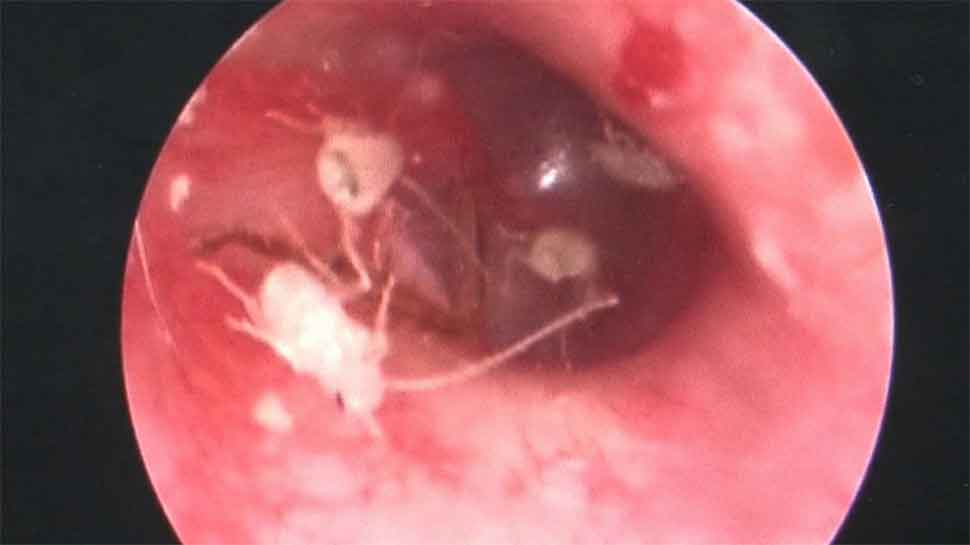 Internet is filled with shocking videos of unusual medical conditions ranging from doctors pulling out parasitic worms from a man’s eye to over a 100 tapeworm eggs inside the brain of a little girl, which are difficult to digest.

In another such medical condition, a gut-wrenching video has gone viral on social media which shows a family of cockroaches which had taken up residence in a man's ear.

A man living in China woke up with a sharp pain inside of his ear. He asked one of his family members to flash a torchlight in his canal and check what was causing the discomfort. When the family member spotted something moving inside his ear, he told him to go to hospital immediately.

The 24-year-old patient, identifies as Mr Lv, was informed by the doctors at Sanhe Hospital in Huiyang, South China that he had a family of cockroaches residing in his ear canal.

Recalling the incident, ear, nose and throat (ENT) specialist Zhong Yijin told a local nedia outlet, "He said his ear hurt a lot, like something was scratching or crawling inside. It caused a lot of discomfort.

The doctor further said, "I discovered more than ten cockroach babies inside. They were already running around."

Yijin said he removed the babies with a tweezer and also found the “mother” cockroach and was also able to remove her. Although all the cockroaches were removed from Mr Lv's ear, he suffered some damage to his canal. However, he was discharged from the hospital on the same day with just an ointment.

The hospital's ENT deputy head said household hygiene can help prevent the spread of cockroaches. He added its important to disinfect drains and sewers regularly and use mosquito nets during sleep. "That'll stop insects from flying or crawling into your noses and ears."