Madhya Pradesh Congress took a dig at the BJP and Scindia over the incident and tweeted, “Traitors are being worshipped, loyalty is being hit.” 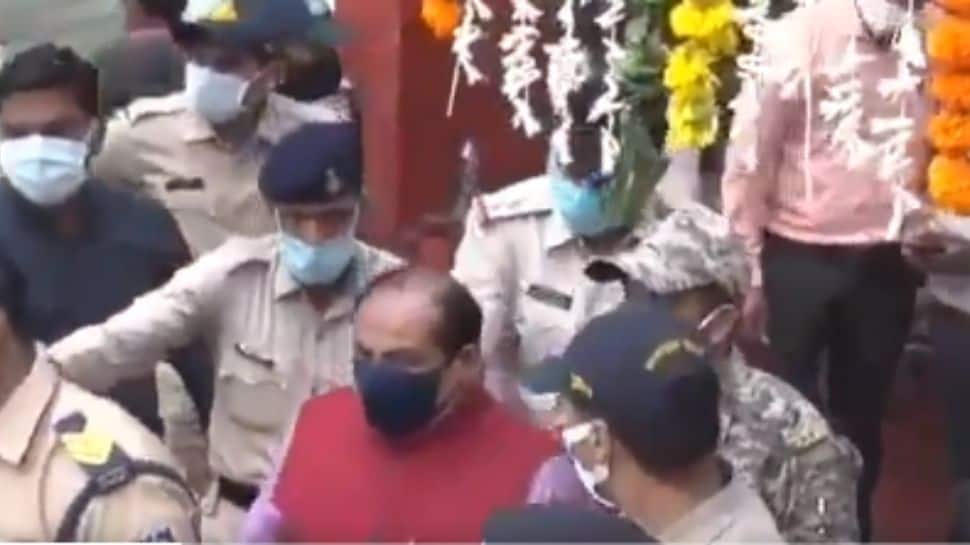 New Delhi: Senior Madhya Pradesh BJP leader Govind Malu was 'misbehaved' with at the Jan Ashirwad Yatra attended by Union Minister Jyoritaditya Scindia in Indore. In the video that has gone viral, Malu can be seen in a scuffle with the police.

The video showed that Malu was manhandled by the police and thrown out of the program. In order to manage the gathering during the yatra, the police personnel were constantly trying to disperse the crowd. Malu, who had reached close to the stage, was pushed around by the police present at the event, NDTV reported.

Madhya Pradesh Congress took a dig at the BJP and Scindia over the incident and tweeted, “Traitors are being worshipped, loyalty is being hit.”

As per NDTV report, when Union Minister Jyotiraditya Scindia was addressing the people, MLA Akash Vijayvargiya, who was sitting on the stage with him, got up and started talking to the BJP leader Gaurav Randive, who was sitting close to Scindia. Scindia, who was giving a speech, got miffed and asked Vijayvargiya to remain calm. Following this, the BJP MLA sat down.

On Thursday (August 19), about 300 platforms were set up on the 17 km route covered by Jyotiraditya Scindia in Indore during the yatra, where thousands of people had gathered. Questioning the crowds at the yatra, Congress asked whether it is mandatory to follow the COVID-19 guidelines only for common citizens.