YouTube Rewind 2018 is the most hated video of all time. Are Pewds to blame?

YouTube failed to feature its number one subscribed channel, PewDiePie, for the second year in a row. And Pewds are angry! 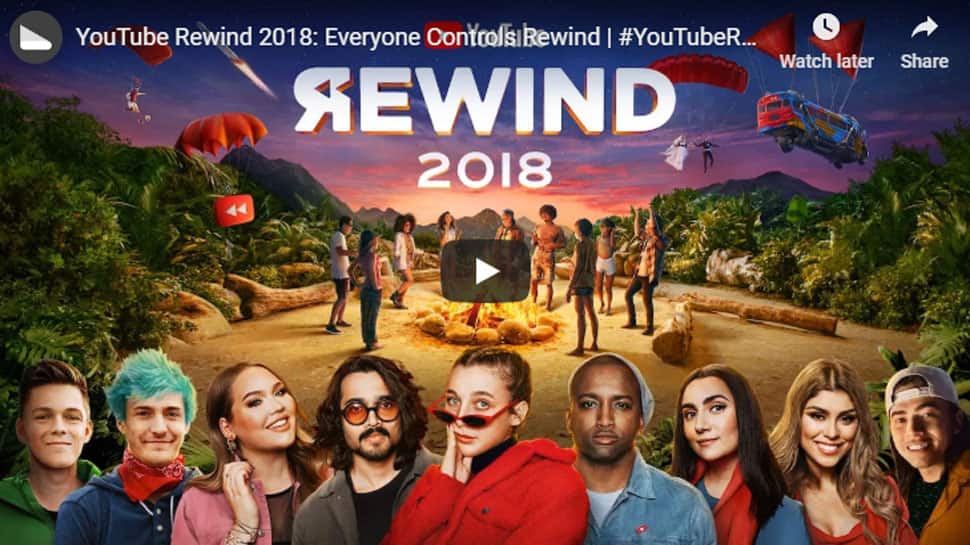 YouTube Rewind 2018 video: Everyone Controls Rewind just overtook Justin Bieber's Baby to become the most hated video of all time on the video platform.

The video, featuring 112 YouTube channels and personalities, amassed more than 11 million dislikes in the span of just eight days. Bieber's hit single Baby has been on YouTube since February 19, 2010, and has over 9.8 million dislikes in eight years.

Rewind, an annual video recap series that started in 2010, features the top trends, artists and events of the year. This year, the video was a mix of narrative, action and breakdown of 10 most-watched videos, starring top personalities such as Will Smith, John Oliver, Marques Brownlee, Trevor Noah and so on. Indian content creators BB Ki Vines, Jordindian and Technical Guruji were also featured in the video.

After immense backlash and criticism, YouTube took to Twitter to apologise. “Thanks to the creators that took part in Rewind, and the community that responded. We hear what you're saying, and we want to make next year better for all of you. Watch this space!”

A host of reasons floated explaining viewers hatred against Rewind 2018. While some vented against the abrupt non-linear narrative and overhype on trends, others were just angry over non-inclusion of key events of the year and death of legends such as Stephen Hawkins, Stan Lee, Avicii and so on.

But among a host of reasons, few stand out glaring.

YouTube failed to feature its number one subscribed channel, PewDiePie, for the second year in a row. Felix Kjellberg amassed over five million subscribers in one month while trying to beat Indian music label T Series from overtaking it.

And Pewds – as the young army of PewDiePie fans call themselves – aren't too happy.

A comment by user IlyaDrakon about a week ago has over 243000 likes. It says. “What happened to YouTubeRewind !?!?!?! And again without PewDiePie!﻿" The theory doing rounds is all Pewds downvoted the video to make it the most disliked video of all time.

The Rewind also failed to feature other top YouTube creators and channels such as Shane Dawson, KSI vs. Logan Paul and so on. There are now videos by top creators on the platform, analysing what went wrong with the Rewind this year.