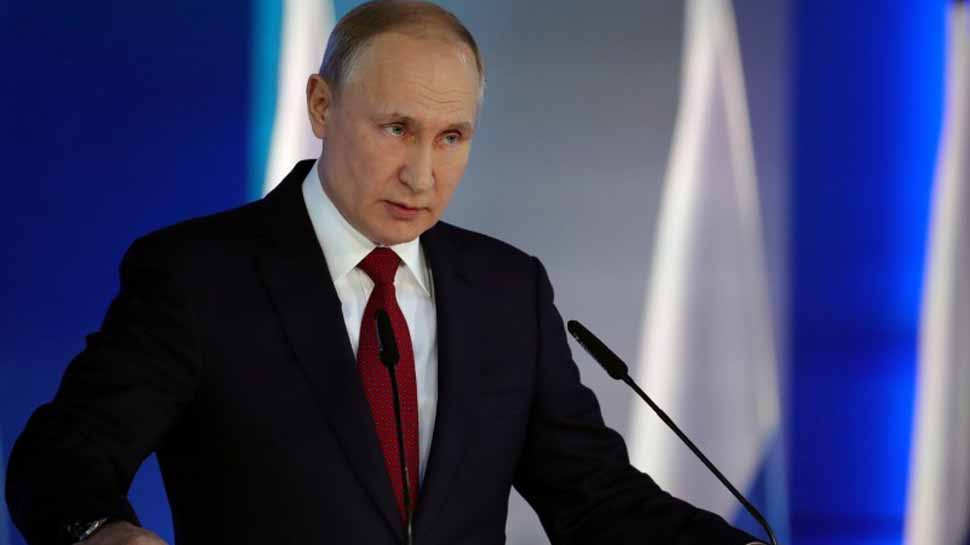 Moscow: President Vladimir Putin on Wednesday proposed giving parliament the power to choose Russia`s prime minister and other key positions, a major change to the Russian constitution that may offer a hint about his own future.

Critics have long accused him of plotting to stay on in some capacity to wield power over the world`s largest nation after he steps down. He remains popular with many Russians who see him as a welcome source of stability even as others complain he`s been in power for too long.

In his annual state-of-the-nation speech, Putin said the changes he was proposing to Russia`s political system -- handing parliament and the prime minister more power at the expense of the president -- were so serious that he wanted a nationwide referendum to be held to agree them.

In power as either president or prime minister since 1999, Putin, 67, is due to step down in 2024 when his fourth presidential term ends.

Under the current constitution, which bans anyone from serving more than two successive presidential terms, Putin is barred from immediately running again.

But critics have suggested he is considering various options to remain at the helm, including by shifting power to parliament and then assuming an enhanced role as prime minister after he steps down in 2024.

On Wednesday, Putin told Russia`s political elite he wanted to allow the State Duma, the lower house of the Russian parliament, to be given the power to confirm the candidacy of the country`s prime minister.

"The president would be obliged to appoint them (the parliament`s confirmed picks) to these jobs," said Putin. "He would not be allowed to reject candidates confirmed by parliament.