Three persons, including a 14-year-old boy, sustained bullet injuries after a clash broke out between workers of the Trinamool Congress and the Bhartiya Janata Party (BJP) at Panchasayar in West Bengal's Bankura district on Saturday evening. 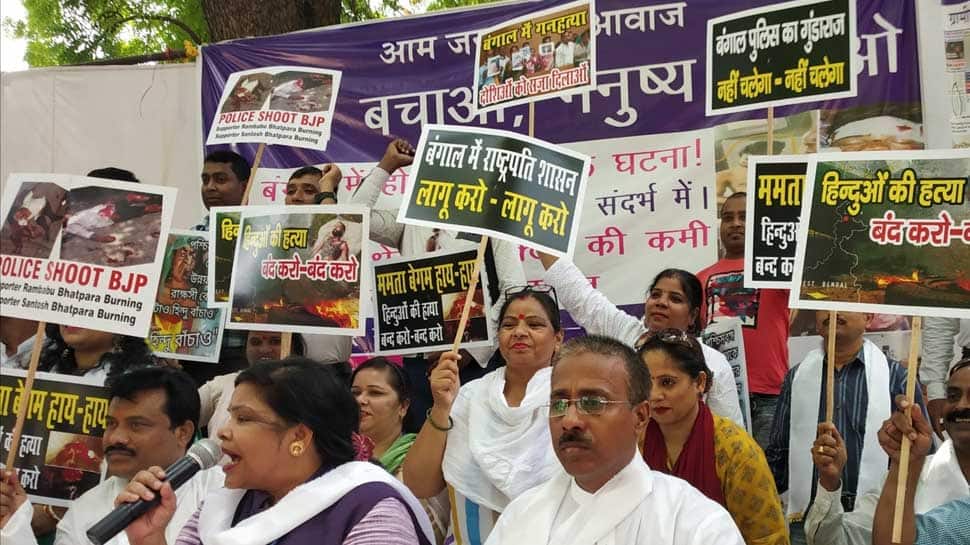 KOLKATA: Three persons, including a 14-year-old boy, sustained bullet injuries after a clash broke out between workers of the Trinamool Congress and the Bhartiya Janata Party (BJP) at Panchasayar in West Bengal's Bankura district on Saturday evening.

According to reports, the incident happened when a clash broke out between the BJP and TMC workers after a group of saffron party workers chanted 'Jai Shri Ram' at TMC MP Suvendu Adhikary`s public meeting in Bankura.

A 14-year-old boy was also injured in the firing by police in Bankura, yesterday. #WestBengal https://t.co/olD7Vc6zLg

BJP's Bankura MP Subhas Sarkar accused the police of firing a bullet at his party workers.

"All three injured persons sustained bullet injuries. Police said they had resorted to firing rubber bullet, which is wrong," he said after visiting injured persons in the Bankura Medical College.

Those injured in the alleged police firing were shifted to the nearby Bankura Medical College and Hospital. In West Bengal, the chanting of 'Jai Shri Ram' has led to several political controversies in the recent past.

Even Chief Minister Mamata Banerjee had lost her temper more than once over BJP supporters chanting 'Jai Shri Ram' at her rallies. She had accused the BJP of using a religious slogan as a party slogan in a "misconceived manner".

On June 13, over five people had sustained injuries after violence erupted between student wings of TMC and BJP at Arambagh Kalikapur Netaji Mahavidyalaya in Hooghly allegedly over chanting of `Jai Shri Ram` slogan.

The fact-finding committee met family members of the two deceased and also interacted with locals. After the meetings, the delegation announced a compensation of Rs 10 lakh for the deceased’s family.

“We met the family members of the deceased. They showed us the bullets too. They were killed in police firing, but police is just refusing to accept it. We have announced a compensation of Rs 10 lakh for the family members. We also visited the tensed areas and spoke to the locals. This is a complete failure of the administration who have failed to restore peace in the state,” said Ahluwalia.

The team will submit a report on their findings to BJP central leadership.

Meanwhile, fresh tension was reported once again in Bhatpara after the BJP delegation left for Kolkata.

Locals, violating the section 144 CrPC imposed in the area,  assembled to see the delegation. Police resorted to a lathi-charge to disperse locals, injuring two persons.

The West Bengal government transferred the Commissioner of Barrackpore Commissionerate and posted IPS Manoj Verma as the new commissioner on Thursday. He visited the affected areas on foot alongside a huge contingent of force and also checked police pickets laid across the area.