The deceased BJP worker has been identified as Sushil Mondal. 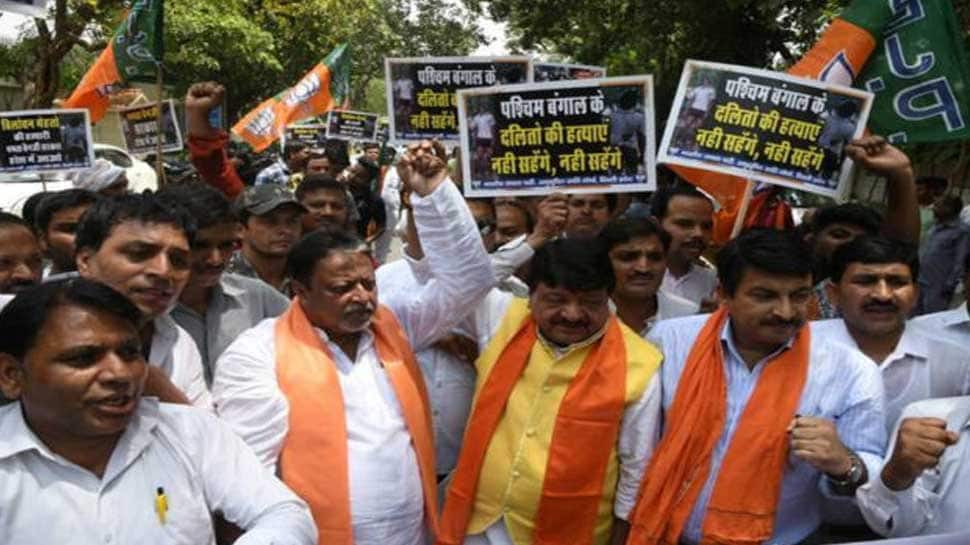 The deceased BJP worker has been identified as Sushil Mondal.

Local TMC leaders have rejected the allegation and claimed that Mondal was a victim of the party's internal feud.

A police complaint has been filed against three persons by the deceased BJP worker's wife. The three accused are absconding at present.

Mondal's wife said in her complaint that her husband was putting up BJP flags in the village when three persons objected and, during an altercation, one of the three stabbed him with a dagger in the abdomen.

He was immediately rushed to a local hospital where he was declared brought dead.

Local TMC MLA Sheikh Sahnawaz claimed that the party was not connected to the incident and the killing is a result of the BJP's internal bickering.

Reacting to the incident, BJP leader Anil Dutta said that TMC workers killed Mondal to create terror in the area as the saffron party has performed well in the 2019 Lok Sabha elections.

It may be noted that the incident took place shortly ahead of Prime Minister Narendra Modi's swearing-in Delhi.

The BJP leadership has invited family members of over 40 BJP workers, who were killed in political violence in West Bengal, for the swearing-in ceremony.