Addressing a public rally in Howrah, Mitra on Tuesday said, “Those from BJP listen, 'doodh maango to kheer denge, agar Bengal maango toh chiir denge'.” (Listen, you people of BJP, if you ask for milk, we will give you kheer, But if you ask for Bengal, we will rip you off),” Mitra said challenging the BJP. He further claimed that he will slit his wrist if Mamata Banerjee doesn’t win by a margin of one lakh votes from Nandigram. 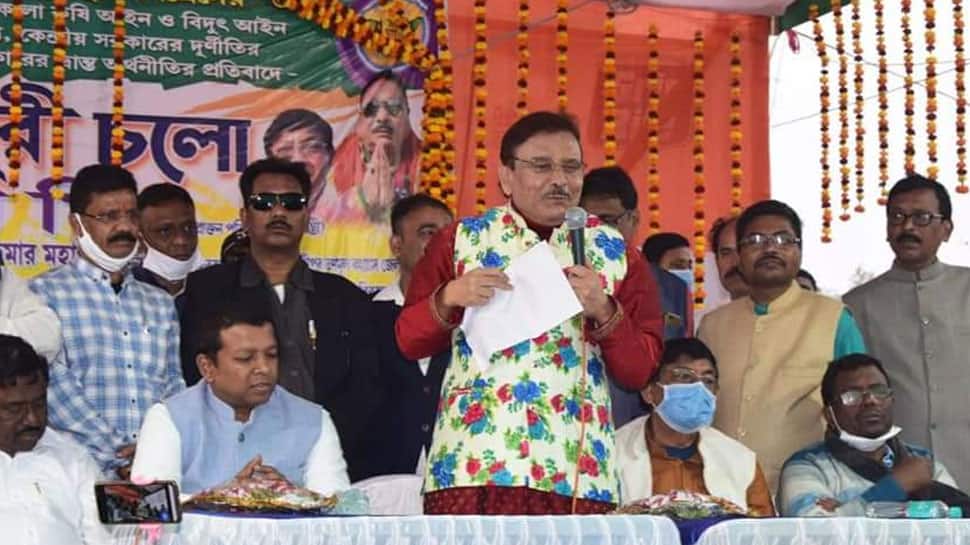 Kolkata: A few months ahead of the assembly elections in West Bengal, a senior Trinamool Congress leader, Madan Mitra, has issued an open threat to the BJP which is trying to further expand its footprint in the Mamata Banerjee-ruled state.

Addressing a public rally in Howrah on Tuesday, Mitra said, “Those from BJP listen, 'doodh maango to kheer denge, agar Bengal maango toh chiir denge'.” (Listen, you people of BJP, if you ask for milk, we will give you kheer, But if you ask for Bengal, we will rip you off),” Mitra said while challenging the BJP.

Referring to him, Mitra said ‘it will be better, he keeps mum.’ The BJP, which is trying to unseat the Mamata Banerjee government in the upcoming Assembly elections, has already sounded the poll bugle in the TMC-ruled state.

Mitra made these remarks while referring to the BJP's claim that the saffron party will form the next government in the state by winning more than 200 seats ousting the TMC. Several top leaders from the saffron party, including party chief JP Nadda and Union Home Minister Amit Shah, had been visiting the state recently and held rallies and roadshows.

Prime Minister Narendra Modi is also scheduled to visit the poll-bound state on January 23 to participate in a programme being organised by the Ministry of Culture in Kolkata to commemorate 125th birth anniversary of Netaji Subhas Chandra Bose. The saffron party has also decided to take out 'Paribartan Yatras' across the state to bolster the party's connect with people before the polls.

Coinciding with Mitra’s warning, West Bengal Chief Minister Mamata Banerjee too on Tuesday accused the saffron party of making false promises to the people before elections. She said that the BJP was more dangerous than the Maoists.

The TMC supremo, whose party is witnessing an exodus ahead of the assembly elections due in April-May, asserted that politics is a solemn ideology and philosophy and one cannot daily change ideologies like clothes.

"The BJP is more dangerous than the Maoists," Banerjee said while addressing a rally in Purulia district, which was once a hotbed of Left-wing extremism. "Those who want to join the BJP can leave but we will never bow our heads to the saffron party," she said.

Several TMC leaders have left the ruling party in the state to join the BJP. She claimed that the BJP leaders misled the Adivasi people of the Jangalmahal area, within which Purulia is situated, with false promises and did not visit them after winning the Lok Sabha elections.

BJP candidates won all the seats in the Jangalmahal area including Purulia in the 2019 Lok Sabha elections.