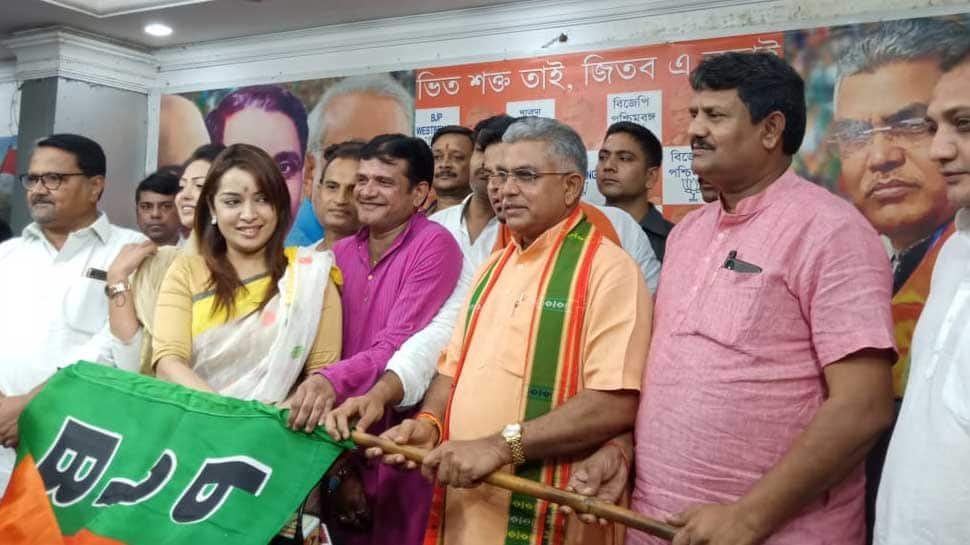 Rimjhim is a popular TV actress who won `Jhalak Dikhla Jaa Bangla` in 2013 and was also seen in Bigg Boss Bangla. She also made her mark in films, like `Teen Yaari Katha` and `Cross Connection`.

"I am not happy working under the monopolistic approach in the Bengali film and TV industry. I have felt cornered many times and this is the first time I am openly talking about supporting a party. I have joined the BJP as I found it welcoming," Rimjhim said after she was handed the BJP flag by its state president Dilip Ghosh.

Only a couple of hours before Rimjhim arrived at the state BJP headquarters, Chief Minister Mamata Banerjee alleged at the Trinamool Congress `martyrs` day programme that celebrities were being forced to join the BJP out of fear of the Central Bureau of Investigation (CBI) and the Enforcement Directorate (ED).

Negating the allegation, Rimjhim said there wasn`t an iota of truth in that. "I have joined the BJP as I believe in Prime Minister Narendra Modi`s vision and want to work for the betterment of the television industry," she said.

On July 18, film and TV personalities Rishi Kaushik, Kanchana Moitra, Rupanjana Mitra, Parno and Biswajit Ganguly were among the dozen of celebrities who cast their lot with the BJP at its Delhi headquarters.