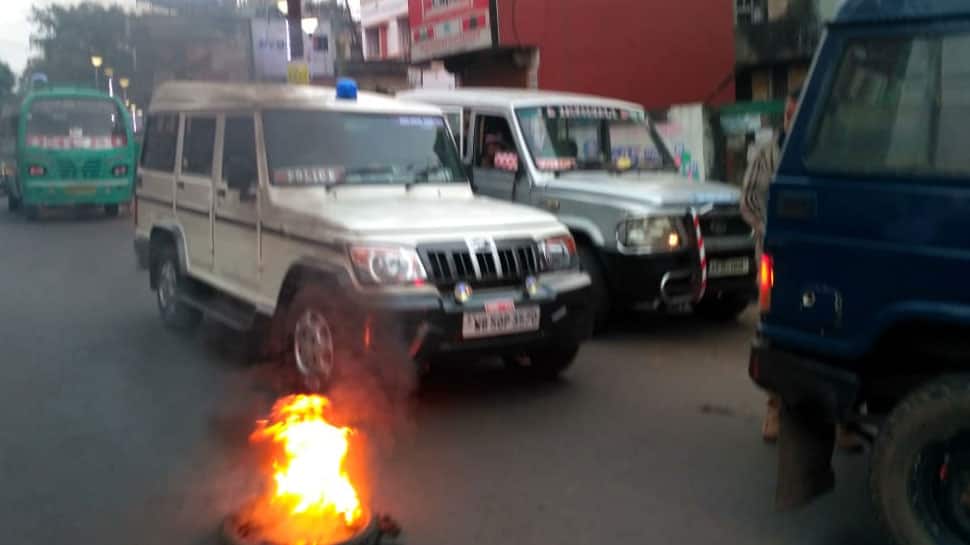 KOLKATA: Bharat Bandh supporters and trade union members tried vandalising a school bus in Barasat while it was ferrying children to the school on Tuesday morning.

The incident took place around 7 AM at the Chapadali more in Barasat when some agitators were forcibly trying to impose a bandh they attacked a school bus while it was ferrying children to the school.

The driver of the school bus was also beaten up and children onboard the bus had panicked. Later, police reached the spot and escorted the bus out of the area.

On the other hand, protesters threw banana leaf on rail overhead wires to hinder train movement.

Meanwhile, Kolkata Police arrested senior CPM leaders while they were putting up a road blockade in Moulali and Jadavpur. Senior leaders including Sujan Chakraborty was arrested and sent to Kolkata Police headquarters - Lalbazar.

Central trade unions have called for a two-day nationwide strike to protest against the Narendra Modi-led central government.