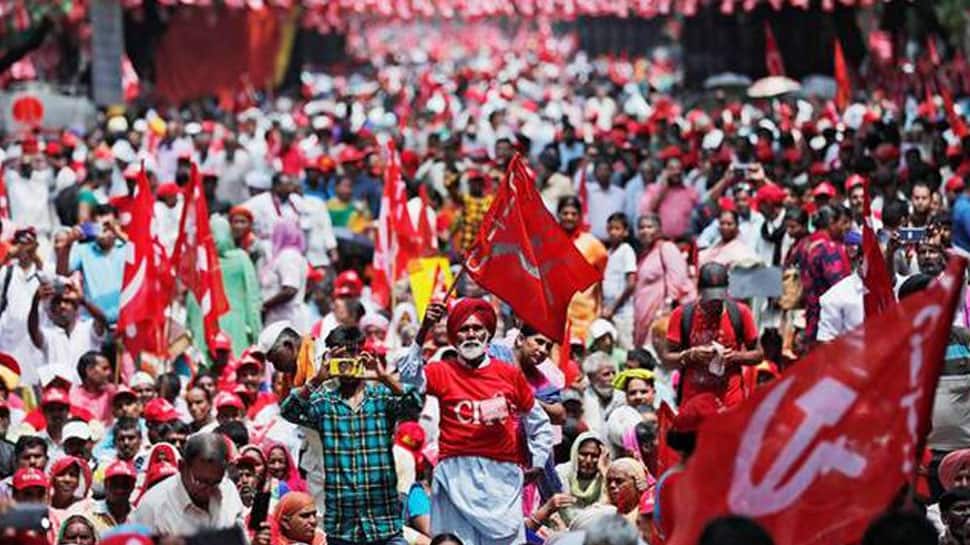 KOLKATA: The West Bengal government has made elaborate arrangements and threatened tough action to thwart the two-day general strike called by the central trade unions from Tuesday, even as the strikers said on Monday they would be on the roads to ensure the success of the protests.

Central trade unions (CTUs) have called the two day nationwide general strike on January 8 and 9 in protest against "pro-corporate, anti-national and anti-people policies of the BJP-led NDA government".

"We do not support any bandh in the state. They (the Left) have pushed the state backwards in their 34 years of rule by calling bandhs. There will be no bandh," Chief Minister Mamata Banerjee told reporters at the state secretariat, Nabanna.

Incidentally, CTUs including the Centre of India Trade Unions (CITU), had urged Banerjee to take "positive steps" in the proposed general strike called by them.

"If the state machinery opposes our call, we will resist. Our supporters will be on the roads in support of the strike," CITU West Bengal Committee President Subhas Mukherjee said.

According to state officials, the district administrations and police have been asked to ensure safety and security of the people and at the same time act tough against violation of law and order.

The state transport department has made elaborate arrangements to ensure that people face no difficulty in commuting.

About 500 more buses as against around 42,000 which ply on other days, would run on the roads during strike days. Twenty per cent extra trams will be on the tracks in the eastern metropolis, said an official.

Most of the private bus owners' organisations have also assured that they would provide normal services.

The Eastern Railway and the Kolkata Metro have said that all steps are being taken to prevent any disruption of services.

"Insurance provision for the affected buses and cars during the strike hours will remain the same as previous strikes," an official said.

The state finance department has already issued a notification making attendance in government offices mandatory. No Casual Leave for absence either in the first half of the day or in the second on those days will be granted to the employees.

While some schools have declared holiday or cancelled their examinations on account of the strike, the Joint Entrance (Main) Examination and the B.Com examination in Calcutta University would take place as scheduled.

A Kolkata Police officer said any examinee facing inconvenience on the road, would be escorted to the examination centre if he dials "100".

There would be additional 5,000 police personnel, including the senior officers on the roads. Three hundred and eighty nine police pickets are also being set up.