Shah, addressing the 'NRC-Jagaran Abhiyan' in Kolkata, asked people in West Bengal to give BJP a chance to realise their dream of 'Sonar Bangla'. 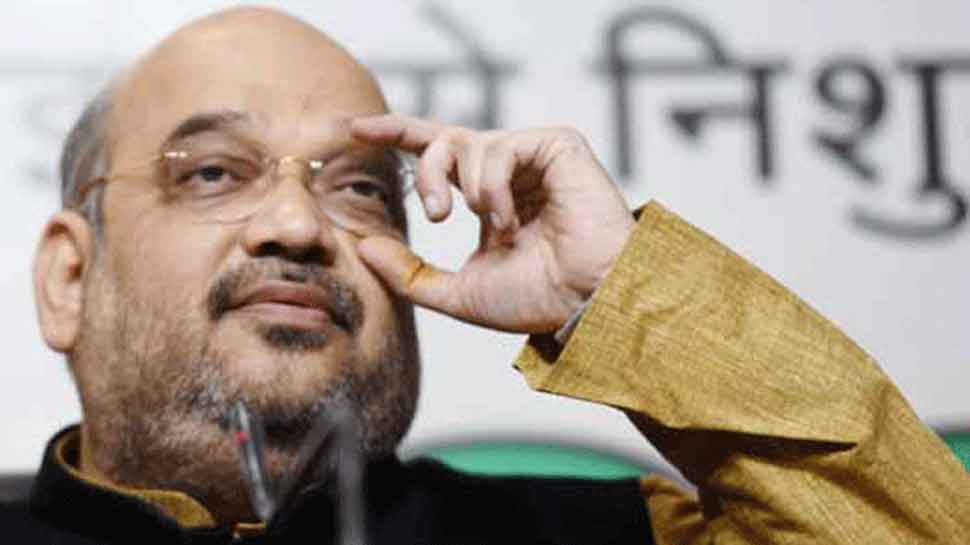 New Delhi: BJP President Amit Shah, who was on his maiden visit to West Bengal, ever since he assumed the charge of a Union Minister after the Lok Sabha elections, on Tuesday expressed confidence that his party will form the next government in the state.

Addressing the 'NRC-Jagaran Abhiyan' at Netaji Indoor Stadium in Kolkata today, Shah asked people to give BJP a chance to realise their dream of 'Sonar Bangla'. The Union Home Minister said people in the state expressed their desire for a change of the guard by sending 18 BJP candidates to Lok Sabha. "People of West Bengal have expressed their desire for change by giving us 18 seats in the last Lok Sabha elections. BJP is going to form a government in the leadership of Narendra Modi ji in West Bengal in the next polls," he told the gathering.

He asserted that the state was going downwards in terms of development since India became independent and added that dispensations in the state did not do enough to realize the dream of Sonar Bangla (golden Bangla).

The Home Minister also thanked people of Bengal for electing 18 BJP candidates to the lower house of Parliament. He said that their votes to BJP in the parliamentary election        played a huge role in helping the party achieving a thumping mandate of over 300 seats in the general elections.

Shah expressed his anguish over killing of BJP workers in political violence during the Lok Sabha election saying, "sacrifice of over 30 activisits, who were killed, will not go waste but will play a  dividend in the next state elections".

He also said that before Lok Sabha elections, people in Bengal face hardships in celebrating Durga Puja, Saraswati Puja or Vasant Panchami which he claimed has been changed. "You have us 18 seats in the state and now no one can dare to put a ban on Durga puja, Saraswati puja," he said.

He said that the Centre will bring the Citizenship Amendment Bill (CAB) to grant citizenship to Hindus, Jains, Buddhists and Christians who flee persecution in Muslim dominated countries and settle in India, vowing to deport 'every single infiltrator' from the state.

"BJP-led Central government will not allow any infiltrator to stay in the county while refugees belonging to Hindu, Sikh, Jain, Buddhist, Parsi, and Christian religions will be given citizenship," he said.

Shah also accused West Bengal Chief Minister and Trinamool Congress supremo Mamata Banerjee of spreading misinformation about the NRC that Hindu refugees will have to leave the state. He added that he had come to the state to assure the residents that refugees belonging to Hindu, Buddhist, Jain, Sikh, Parsi, and Christian religions won't be asked to leave the country.

Shah urged BJP workers to go to every house in Bengal and expose the Trinamool's campaign. "Political interest should not be above national interest and the interest of the state," he said.