The doctors will resume work on Tuesday morning from 6:30 am. 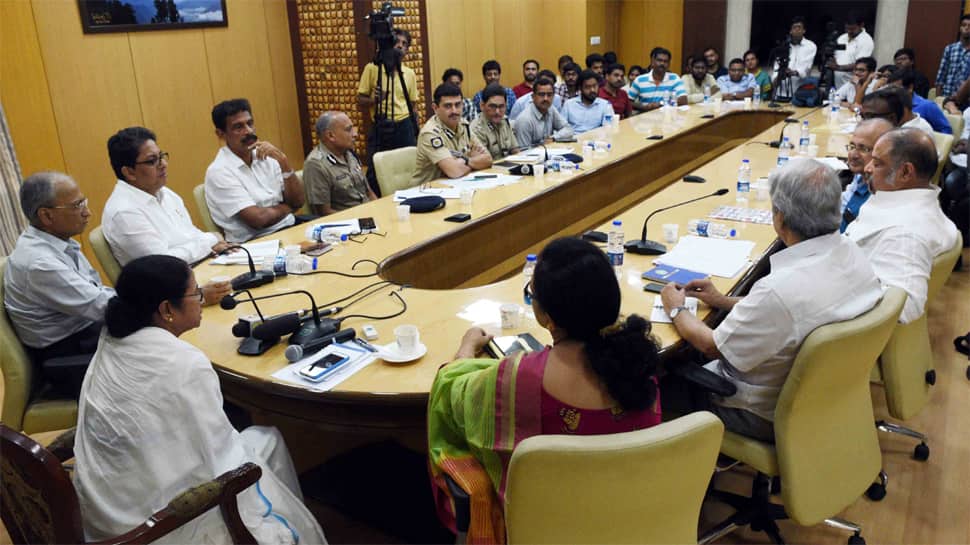 The junior West Bengal doctors formally announced the withdrawal of their week-long strike, hours after Chief Minister Mamata Banerjee met a delegation of the protesting doctors and agreed to scale up security at hospitals.

The doctors will resume work on Tuesday morning from 6:30 am.

“We extend our heartfelt gratitude to the CM. After an enormous movement, the meeting and discussions with our CM met a logical end. Considering everything, we expect the government to solve the issues as discussed in due time. We extend our heartfelt gratitude to all SRS, JRS, patients, common people, intelligentsia and medical fraternity of the country who spontaneously extended their support and made this movement possible. We hope to maintain this unity in future,” said the protesting doctors.

After listening to the doctor's demands, Banerjee asked the police to appoint a nodal officer for the security of doctors at all government hospital in the state. She also directed the state officials to  avoid chaotic situations and ensure that more than two people doesn't enter the emergency ward at a time.

She further directed to ensure that the news of demise or any patient health update be communicated via proper channel “and in a most humble manner."  "See if a third person can be involved who can absorb the information from the doctors and pass it to patient party. That would minimise extra pressure on doctors as well," said Banerjee.

State governor Keshari Nath Tripathi welcomed the resolution of crisis caused by the state-wide strike of doctors. "The Governor is happy that amicable settlement has been arrived at the meeting held today between the Chief Minister and Doctors. He appreciates the initiative taken by the Chief Minister and also the Junior Doctors to resolve the impasse. He hopes that the Doctors will take up the work of care and treatment of patients as per the high ideals of their noble profession and also that the State Government will take all the steps committed in the meeting expeditiously," he said in a statement.