The SIT will be headed by Deputy Commissioner of Kolkata Police (North) Debasish Sarkar. 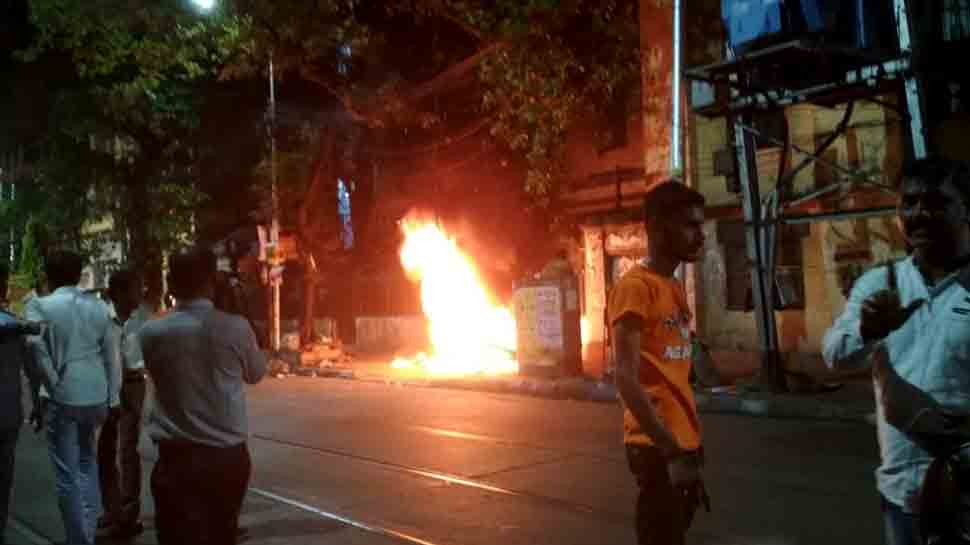 New Delhi: The Kolkata Police on Thursday set up a five-member Special Investigation Team (SIT) to probe the Vidyasagar statue vandalism incident that took place during a massive roadshow of BJP president Amit Shah in Kolkata on May 14.

The SIT will be headed by Deputy Commissioner of Kolkata Police (North) Debasish Sarkar.

In the meantime, the Election Commission on Thursday removed two more close aides of Mamata Banerjee with immediate effect. Diamond Harbour SDPO Mithun Kumar Dey and Amherst Street office in-charge Kaushik Das were today relieved by the poll panel over the recent Kolkata violence. ANI quoted a EC official saying that both officers will not be given any election related posts.

The vandalisation of Ishwarchandra Vidyasagar's bust and clashes during BJP chief Amit Shah's roadshow in Kolkata on Tuesday triggered a fierce blame game between the BJP and the Trinamool Congress.

Shah, at a press conference, alleged that West Bengal Chief Minister Mamata Banerjee's TMC was involved in vandalising the bust and unleashing violence during his road show as part of a "conspiracy" to blame the BJP.

On its part, the TMC released videos to claim that "BJP goons" damaged the statue of Vidyasagar and said the videos not only established what the saffron party did, but proved that Shah is a "liar" and a "dhokebaaz" (betrayer).

The Election Commission had on Wednesday also ordered the removal of Principal Secretary (Home) Atri Bhattacharya and Kumar from their posts.

Kumar was questioned by the CBI in February this year in connection with its probe into the multi-crore Saradha chit fund case.