The Union cabinet on Wednesday gave its nod to inaugurate the circuit bench of the Calcutta High Court in Jalpaiguri district. 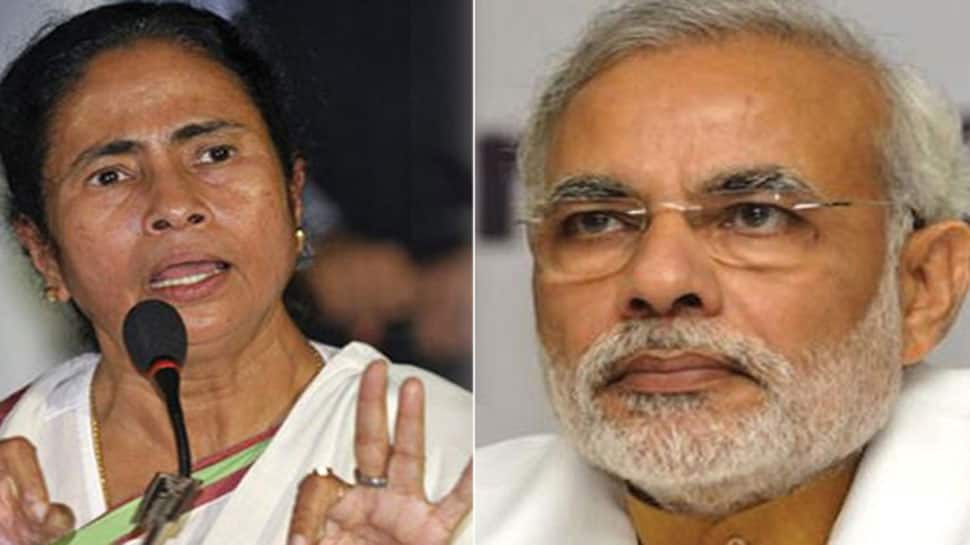 The TMC-BJP tussle hit another low on Thursday with Mamata launching scathing attacks on the Prime Minister over various issues. She said, "During the election, he (PM) becomes 'Chaiwalla' after the election he becomes 'Rafale walla'."

Speaking about the new high court circuit bench inauguration, Mamata said, "I feel ashamed to talk about this person (PM). Nobody from Kolkata Hc was present. All infrastructure was paid for by us. The land is ours, circuit bench is of HC but nobody from them was there. It means the bride-bridegroom wasn't there but the band party was there."

On being asked that she said 'Modi babu is lying...', the TMC chief said, "I did not call him Modi babu, I called him Mad-dy babu."

"He is afraid because we are working together. I was never scared, I have always fought my way out. I have always respected 'Ma-Maati-Maanush'. It is a misfortune that he has become the PM because of the power of money," Mamata added.

The Union cabinet on Wednesday gave its nod to inaugurate the circuit bench of the Calcutta High Court in Jalpaiguri district.

The proposed circuit bench will have jurisdiction over the north Bengal districts of Darjeeling, Kalimpong, Cooch Behar and Jalpaiguri.

The decision to set up the circuit bench was taken in a full-court meeting of the Calcutta High Court in 1988 and was approved by the Union cabinet in June, 2006.

A team of judges had visited the proposed site in Jalpaiguri in August last year to assess the progress in the setting up of the infrastructure.

A circuit bench is for territories which are far-flung but do not have too many matters to justify a full-fledged permanent bench.