The striking doctors are holding a general body meeting to decide whether they will go or not and if at all they do, which two representatives will attend the meeting. 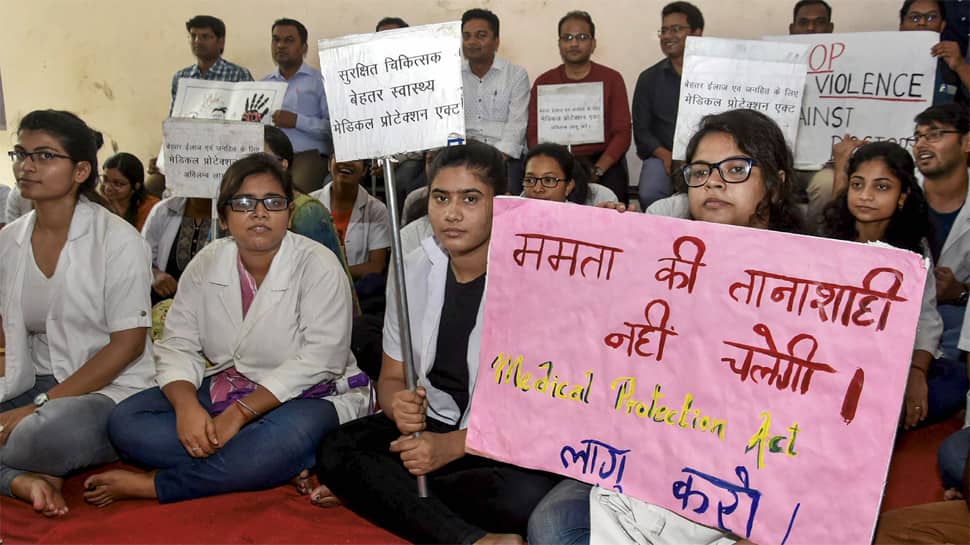 Amid raging protests by doctors, Chief Minister Mamata Banerjee on Monday agreed to meet two representatives from each Medical College of West Bengal  at 3 pm on Monday. The discussion will focus on the demands of the doctors.

"Hon'ble Chief Minister has agreed to meet 2 representatives from each Medical College of the State at Nabanna at 3 pm on 17 June 2019. The discussion will focus on all your demands. I also confirm that the discussion and resolutions taken in this meeting shall be recorded and duly communicated to you. I request you to kindly come over for this meeting and reach Nabanna by 2.30 p.m. on 17 June 2019," Director Medical Education said in a letter to the protesting doctors of the NRS Medical College and Hospital.