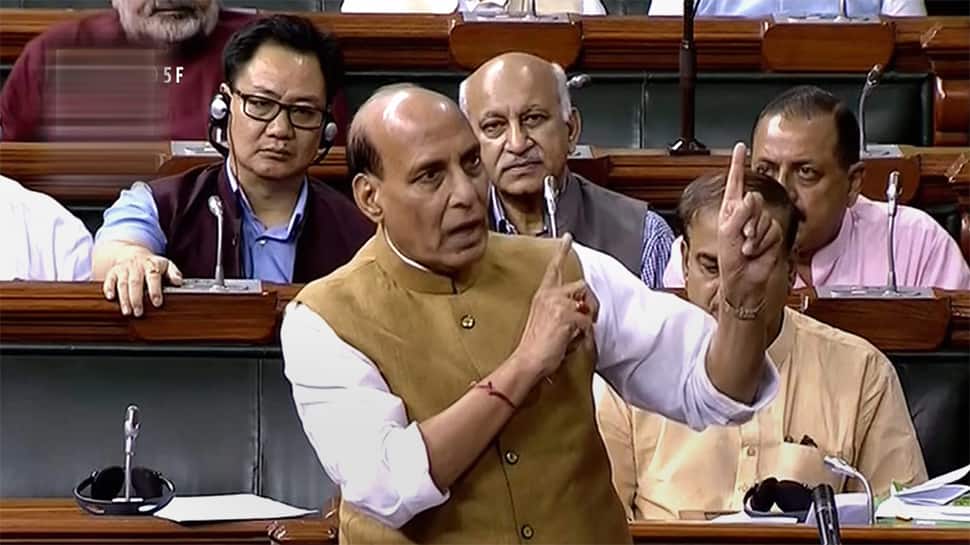 NEW DELHI: Home Minister Rajnath Singh on Monday called the face-off between the Kolkata Police and the Central Bureau of Investigation (CBI) "unfortunate" and "unprecedented". Stating that there may be the constitutional breakdown in West Bengal, the Home Minister said that the Centre has the power to maintain normalcy in any part of the country.

He also added that the incident is a threat to the federal political system of the country.

In a mega showdown on Sunday evening, a CBI team was allegedly obstructed by the state police when the former reached the Kolkata Police Commissioner's house to quiz him in connection with the Saradha ponzi scam case.

The Home Ministry has deployed central forces at the official and residential premises of the CBI after they received information that officers of the agency had experienced "intimidation and threat to personal safety in course of the investigation into the Saradha scam being conducted under the directions of the Supreme Court".

The Governor told Rajnath that he had summoned the chief secretary and director general of police (DGP) and asked them to take immediate action to resolve the situation.

The Home Ministry was also informed that the residence of Joint Director, CBI was surrounded by Kolkata Police.

The Ministry has sought a report on the role of IPS officers in view of allegations of obstructing investigation and violation of Service Conduct Rules in Sunday's incident in Kolkata.

Mamata vs CBI: SC asks agency to give proof of allegations against Kolkata top cop, to hear matter on Tuesday