The SC on Tuesday asked the Kolkata Police chief to appear before the CBI for questioning in chit fund case. 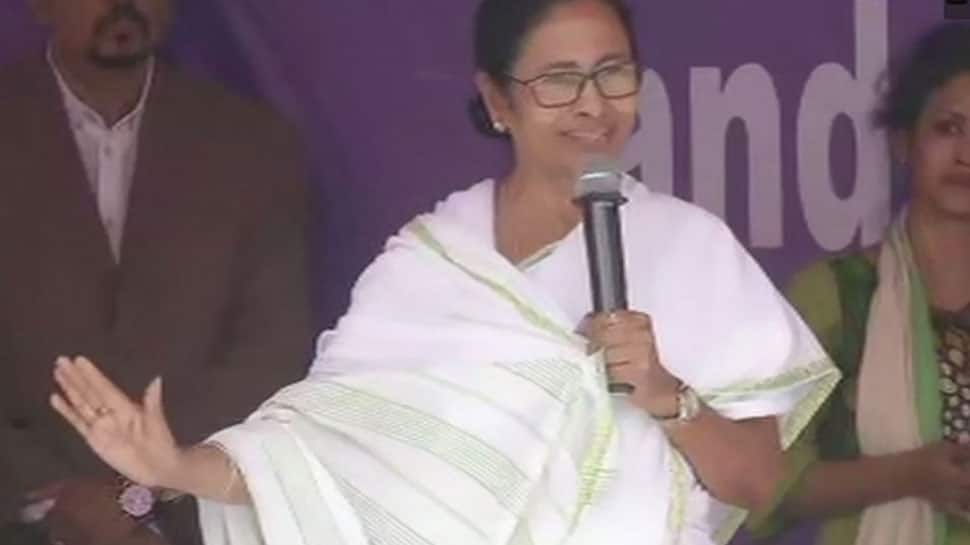 KOLKATA: West Bengal Chief Minister Mamata Banerjee, who is locked in a tussle with the Centre over the CBI's move to question Kolkata Police Commissioner, on Tuesday hailed the Supreme Court order which said that no coercive action be taken against the Kolkata top cop.

Extending support to Kolkata police chief Rajiv Kumar, the TMC chief said that he never said that he will not co-operate in CBI's ongoing probe into the Saradha scam and other Ponzi schemes.

While accusing the Centre of working with malicious agenda and vendetta politics, Mamata said that the Narendra Modi has damaged the vital institutions of the country and has been trying to
settle political scores with its opponents.

''But what they started doing? They wanted to arrest him (Kolkata police chief). They went to his house, on a secret operation, on Sunday, without any notice. That court said ‘no arrest’. We are so obliged. It will strengthen the morale of our officers,'' the West Bengal CM said.

West Bengal CM Mamata Banerjee: But what they started doing? They wanted to arrest him. They went to his house, on a secret operation, on Sunday, without any notice. That court said ‘no arrest’. We are so obliged. It will strengthen the morale of the officers. https://t.co/9Mkzxsuno2

On continuing the dharna against the Centre, the West Bengal CM said, ''Let me talk to my leaders, I don’t go alone. Today, Chandrababu Naidu is also coming, I will consult with other leaders also. I will also consult Naveen Patnaik Ji, then I will let you know.''

The remarks from the firebrand West Bengal Chief Minister came minutes after the Supreme Court directed the Kolkata Police Commissioner Rajeev Kumar to make himself available before the CBI for questioning in chit fund case and asked him to fully in the agency's probe.

West Bengal Chief Minister Mamata Banerjee has been sitting on a dharna since Sunday.

On Monday she described her sit-in over the CBI's attempt to question Kolkata Police chief as a "non-political" protest.