The Prime Minister said that 'Didi' would have bought the prime ministerial post with the chit fund scam money had it was up for an auction. 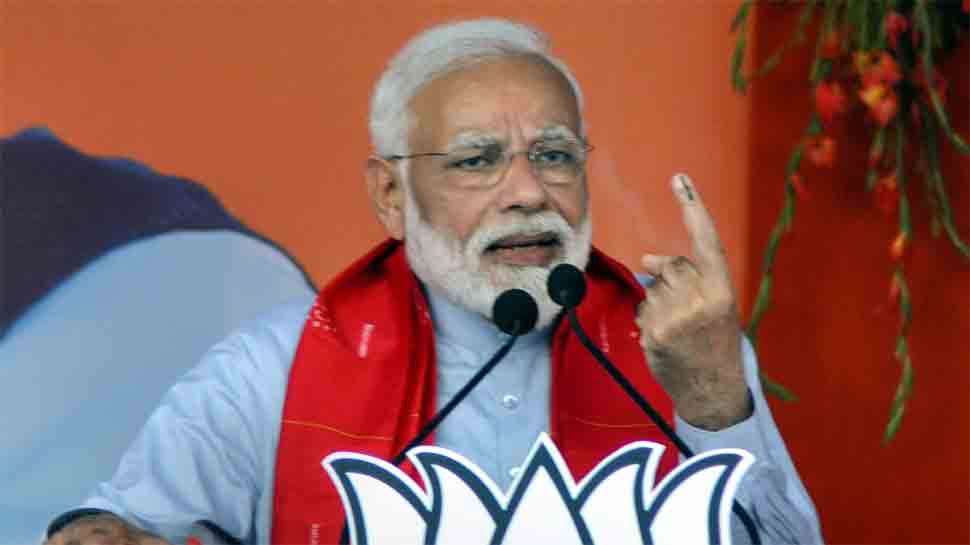 New Delhi: Prime Minister Narendra Modi on Tuesday hit out at Trinamool Congress supremo and West Bengal Chief Minister Mamata Banerjee saying she is dreaming of becoming the Prime Minister and had this post been up for auction, she would have come up with money looted from chit fund scams to buy it.

"Even though she is fighting on a handful of seats, but she is dreaming of becoming the Prime Minister. Had the post of Prime Minister been up for auction, both Didi (Mamata Banerjee) and the Congress would have come up with the money looted by them to buy it. But the post is not for auction that she can buy it with the money she got in Sharada and Narada scams," PM Modi said at a rally in Asansol in West Bengal today.

"The country needs a government with vision and not division. It was with the power of your vote that the army could conduct surgical strikes," the PM said.

The Prime Minister added that Mamata had earlier turned the infiltrators into her cadres and now she is brought in foreigners to campaign for her party adding that the TMC supremo should be ashamed for this.

Referring to the chit fund scams in Bengal, Modi said that people will suffer when the chief minister of their state is seen hobnobbing and standing in favour of those who are involved in scams. "Corruption and crime are two non-stop things in Bengal in the TMC regime," he said.

Earlier in the day, Mamata had accused central forces personnel, present at polling booths of influencing voters to cast their vote in favour of the BJP. She added that her party has lodged a complaint with the poll panel against the offenders.

Reacting to it, PM Modi said that at the rally today that Mamata accusing him and venting out her anger against the Election Commission officials shows her frustration in the face of imminent defeat in the Lok Sabha polls.