Taking to Twitter, CM Banerjee posted a picture saying, "Politics of arrogance will not work. People have rejected the BJP. Ek, dui, teen, BJP ke biday di (One, Two, Three, Let's bid adieu to the BJP)." She credited the win as the victory of the people and for development. 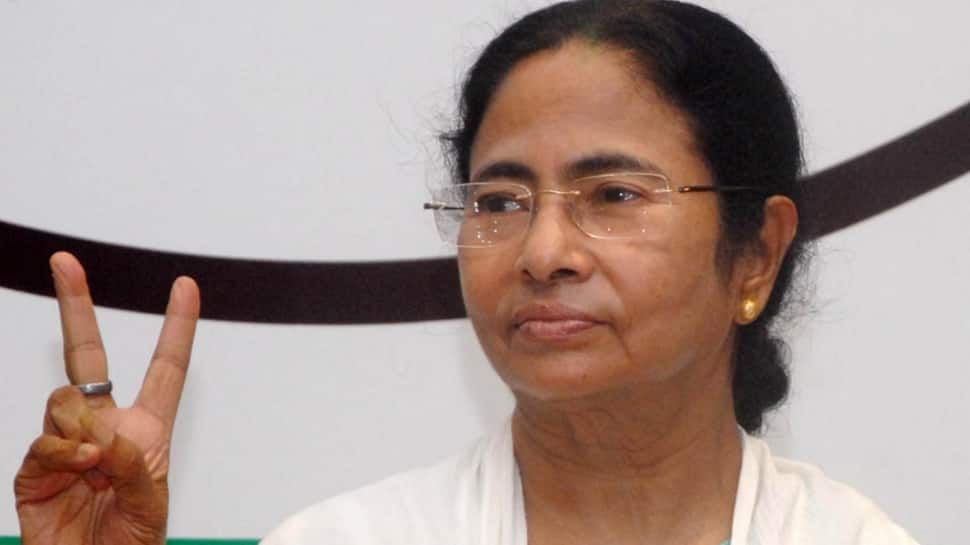 After a clean sweep by the Trinamool Congress (TMC) in the West Bengal Assembly by-election, Chief Minister Mamata Banerjee on Thursday claimed that the people have rejected the Bharatiya Janata Party (BJP). The TMC won all the three seats-- Kaliaganj (SC), Karimpur and Kharagpur Sadar.

Taking to Twitter, CM Banerjee posted a picture saying, "Politics of arrogance will not work. People have rejected the BJP. Ek, dui, teen, BJP ke biday di (One, Two, Three, Let's bid adieu to the BJP)." She credited the win as the victory of the people and for development.

The CM further announced that the party has for the first time won the Kharagpur Sadar and Kaliaganj seats. She asserted that everyone including the minorities, Adivasis and Rajbanshi has voted for the TMC, adding that the "courtesy is the culture of Bengal".

The by-polls were stated to be a litmus test for the ruling TMC and BJP in West Bengal ahead of 2021 state elections. Over 7.34 lakh eligible voters were entitled to vote in 801 polling stations to choose their representatives from among 18 candidates, including three women.

The by-polls, held on November 25, in three constituencies of Kaliagunge, Karimpur and Kharagpur Sadar seats witnessed 77.17%, 81.23%, and 67.62% respectively, according to Election Commission, which said "The average voting percentage was 75.48 per cent. The turnout was 77.17 per cent in Kaliaganj, 67.62 in Kharagpur Sadar and 81.23 in Karimpur."

In Karimpur (Nadia district), the Trinamool Congress and the BJP were engaged in a no holds barred fight. BJP candidate Jay Prakash Majumdar, the party`s state vice president and a familiar face in television debates, faced strong resistance from the Trinamool cadres.

Majumdar`s rival and Trinamool candidate Bimalendu Sinha Roy also courted controversy after he was found to have entered a booth with the party symbol displayed on his dress.

The by-polls in Kharagpur Sadar and Karimpur were necessitated after sitting MLAs -- Dilip Ghosh and Mahua Moitra -- were elected to the Lok Sabha, while the by-poll in Kaliaganj happened due to the death of Congress MLA Pramath Nath Roy.

Notably, the ruling Trinamool Congress and the opposition BJP are contesting all the seats.