The rally is a platform from which the Trinamool Congress chief launches future programmes of the party. On Sunday, she is widely expected to announce new schemes at the rally ahead of the 2021 assembly elections. 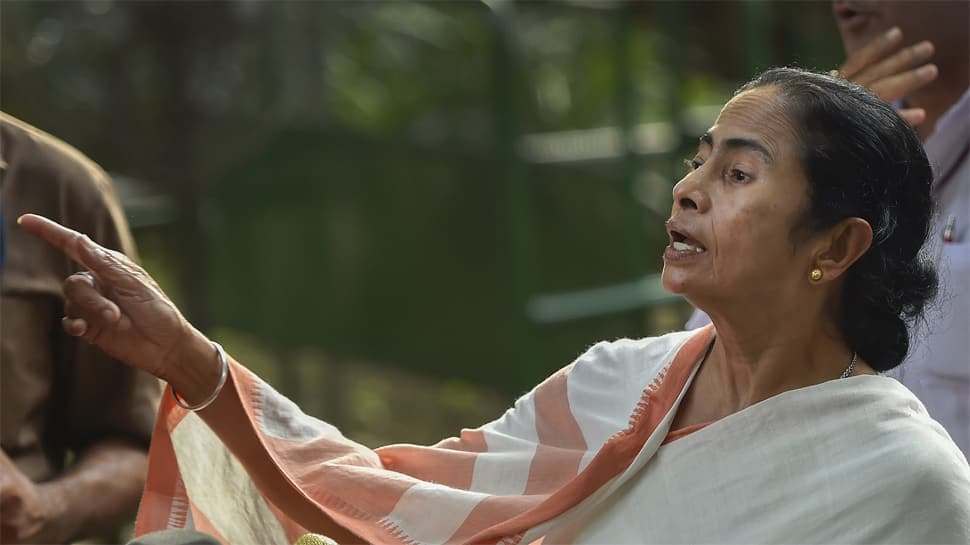 West Bengal Chief Minister Mamata Banerjee on Sunday kicked off a massive Martyrs' Day rally in Kolkata, an annual event which is held on July 21 to commemorate the killings of 13 people in police firing in 1993. The Trinamool Congress chief in her speech trained guns at the BJP alleging that train movement was disrupted to keep crowds away from the venue.

The rally is a platform from which the Trinamool Congress chief launches future programmes of the party. On Sunday, she is widely expected to announce new schemes at the rally ahead of the 2021 assembly elections.

Martyrs Day is observed annually by TMC on July 21 to commemorate the killings in 1993 when Banerjee, then a Youth Congress leader, had launched a march to the secretariat, demanding that voters' card be made the only document to allow people to exercise their franchise. The Left Front was in power in the state at that time.

Ahead of the event, Mamata tweeted: "Today is the historic #21JulyShahidDibas. On this day, 26 years ago, 13 youth workers were killed in police firing. Since then, we observe this day as #ShahidDibas. My heartfelt tribute to all the martyrs who were killed during the 34 years of Left rule."

Keeping up her attack on BJP and seeking election through ballot papers, Mamata said: "In Lok Sabha elections they won by cheating- by using EVMs, CRPF and Central Police & Election Commission. They just got 18 seats, by getting few seats they are trying to capture our party offices and beating our people.  I will request the Election Commission to conduct Panchayat and Municipal elections through ballot paper," she said.

Earlier in a tweet she said: "The main demand of the protest on #21stJuly 1993 was ‘No ID Card, No Vote’. This year, we have given a call for ‘Restore Democracy. No Machines, Bring Ballots Back’. Let us pledge to fight for the restoration of democracy in our great nation #21JulyShahidDibas."