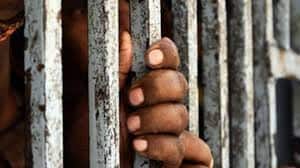 The state government's move comes days after a 50-year-old Pakistani convict was allegedly killed by fellow inmates in Rajasthan's Jaipur Central jail. "Strict instructions have been issued to separate Pakistani inmates from others following the incident in Rajasthan jail. They have been shifted to high-security cells, where heavyweight prisoners, such as those arrested for American Center attack and Maoists have been staying," the official of West Bengal Correctional Services said.

A three-layered cordon has been set up for the security of the 14 prisoners, he said. "Most of these prisoners share a good rapport with their fellow inmates, but we cannot take risk in the wake of the Pulwama attack," the official told PTI on Wednesday.

Of the 14 inmates, four are lodged at Presidency Correctional Home in the city and the other 10 at Dum Dum Central Correctional Home, he said. "Some were jailed for flouting visa norms, while a few were waiting to be taken to other correctional homes. There are also others who were imprisoned for their involvement in criminal activities," the state government official said.

Along with the chief head warden, the head warders are keeping an eye on the cells, he said. "The Pakistani inmates will not be allowed to move out of the sensitive zones for now. Our officers are keeping a close watch on these cells round the clock," he added.