It’s tough to nudge Jason Holder, in any scenario. Win or lose, the West Indies captain almost every time manages to carry a smile on his face. How else would you explain that Holder, all of 27 years of age, is leading West Indies for a second time at an ICC Cricket World Cup? In fact, Holder is one of the only two current captains who led his side four years ago in Australia/New Zealand. 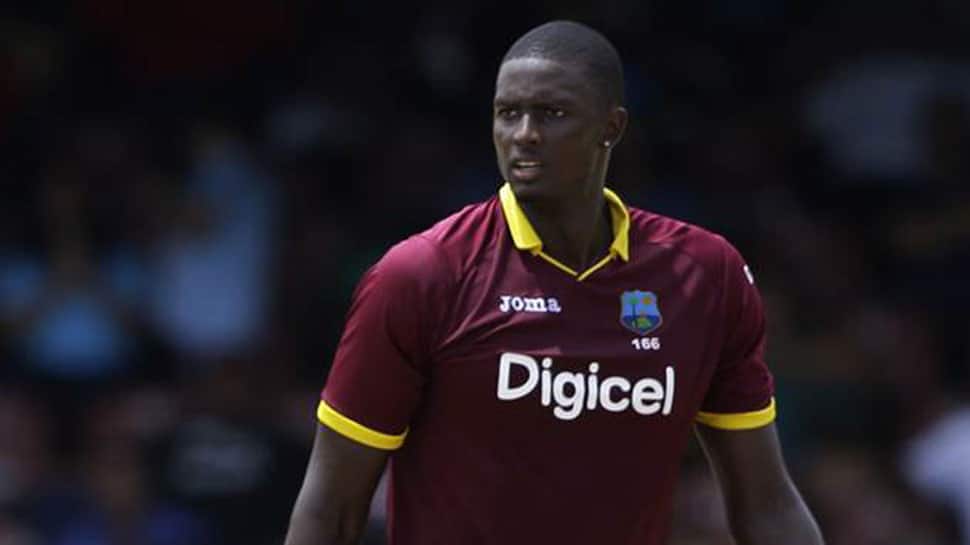 NOTTINGHAM: It’s tough to nudge Jason Holder, in any scenario. Win or lose, the West Indies captain almost every time manages to carry a smile on his face. How else would you explain that Holder, all of 27 years of age, is leading West Indies for a second time at an ICC Cricket World Cup? In fact, Holder is one of the only two current captains who led his side four years ago in Australia/New Zealand.

Holder has seen it all. The turmoil of that World Cup, the low of 2018, morphing from a young fast bowler to one of the finest allrounders in the world today – he’s been at the forefront of every high or low West Indies have faced. Despite all that, Holder walked into the press conference to address the media ahead of West Indies’ World Cup opener full of energy and an exuberant smile.

West Indies do not enter the World Cup with the best of match forms. After a turbulent last year, the five-match series against England was drawn 2-2 before West Indies went on to lose the tri-series in Ireland to Bangladesh. The last two World Cups, West Indies have reached the finals, and it order to go one up, let alone go the distance, Holder believes the key is to be in a good mental space.

“One thing I like coming into this tournament is that every player is in a good frame of mind. Everybody is playing with a smile on their face, and I think that’s how we play our best cricket. We’re fearless, we enjoy what we’re doing and we enjoy one another’s company. I can safely say within the group we’ve got that. We’ve got an atmosphere that we would like to create, and we’ve got the energy going into this tournament that we would want to have,” Holder said.

“I think the rest is left down to us on the field. We’ve just got to execute whatever plans we formulate, and I think execution is key in this tournament, you know, whether it’s West Indies, England, India or whoever. I think the teams that execute their plans and be as disciplined as they can, more often than not they’re going to come out on top.”

The possibility of a 500-run total being scored in this World Cup has been talked about. West Indies recently hammered 421 runs against New Zealand and considering how the Trent Bridge something has always been fancied by batsmen, another high-scoring contest beckons. But Holder, being the realist that he is, was content playing the waiting game.

“Look, I don’t want to sit here and try to predetermine what’s going to happen, but I just think in this situation we play a normal cricket game. We assess the conditions as early as possible and we play to suit,” Holder said on the eve of the game against Pakistan. “I think where the game has gone now, especially in England here, there have been some high totals, but there have been totals where I saw one or two games lately that were relatively low scoring. It can happen. That’s the way cricket is played, and that’s the nature of the game. I just don’t want to sit before a game and say we’re looking to score 500 or 600, I just want to play it as we see it as assess the conditions like any other game.

“I think I’m excited to play in England. We are all excited to play in England. The magnitude of this tournament speaks for itself. There’s no need to sit here and harp on about it. As I said previously, we just want to take it stage by stage, game by game. It doesn’t matter where we’re playing, we’ve just got to assess the conditions and be as professional as we possibly can. So I don’t want to sit here and to narrow it down to one or two grounds that we’re particularly looking to favour, we’re just looking to play solid cricket, whatever the conditions may be, we’ve got to find a method and a way to be successful.”

If West Indies are to get there at all, barring Chris Gayle, another batsman who would have to bat out of his skin is Shai Hope, one of the hottest batsmen going around in world cricket at the moment. Since October last year, Hope has amassed 1132 runs in just 17 innings at an average of 80.85, a stretch inclusive of five centuries. His stellar run has landed him in the top five rankings for ODI batsmen, but needless to say, it dwarfs in comparison to what more he can help West Indies attain in the World Cup.

“Well, yeah, Shai has been carrying some form for a long time in the limited overs format, and he’s really confident. I think he’s worked out pretty much his method of scoring in this format. As I say, it’s been very, very consistent, which as a group we’ve probably lacked in the recent past,” Holder said.

“So it’s really good to see a young batter stepping up and being as consistent as he has been and leading the charge for us, and obviously we’ve got power around him and obviously some other touch players. So I think we’ve got a really good mix in terms of our batter line-up, but obviously Shai has stood out in the recent past with his success and that’s just really down to the fact that he’s been consistent and he’s been working on the method of how he’s going to be successful in this format.”