Major General Asif Ghafoor, a spokesman for the Pakistan Armed Forces, said that army troops with aviation and medical support teams have been sent to the affected areas for relief and rescue operations. 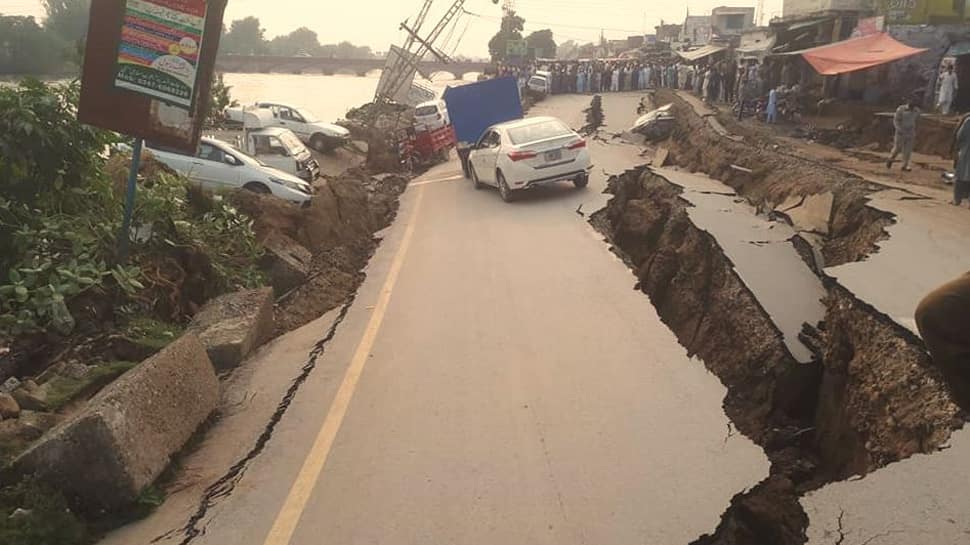 Major General Asif Ghafoor, a spokesman for the Pakistan Armed Forces, said that army troops with aviation and medical support teams have been sent to the affected areas for relief and rescue operations. "Thank God, the damage is confined to one particular area, and this one is pretty accessible from all sides," the chief of Pakistan`s National Disaster Management Authority, Lieutenant General Mohammad Afzal, told ARY News TV. "I can tell you right now that there is not a fear of a very big death toll." The rescue operation looked to be complete by Wednesday evening, Afzal said.

"Prime Minister Imran Khan expresses deep concern over the damage caused by the earthquake and directs all departments to provide immediate assistance," the Pakistan government said in a tweet.

According to the United States Geological Survey (USGS), the 5.8-magnitude earthquake struck at a shallow depth of 10 kilometers with its epicentre lying 1km southeast of Mirpur, Pakistan Occupied Kashmir. Emergency has been declared in PoK's Mirpur as road networks in the area has been badly damaged due to earthquake. According to initial reports, around 50 people were injured due to the earthquake in Mirpur.

Geo TV reported that tremors were felt in Islamabad, Rawalpindi, Murree, Jhelum, Charsadda, Swat, Khyber, Abbottabad, Bajaur, Nowshera, Mansehra, Battagram, Torghar and Kohitan. According to Dawn, the tremors lasted for 8-10 seconds in different parts of Pakistan and were felt strongly.