19 killed, 65 injured in fire at a high-rise building in Bangladesh's Dhaka

Fire officials said that 65 people also got injured after a massive fire engulfed the 22-storey FR Tower in the city`s Banani area. 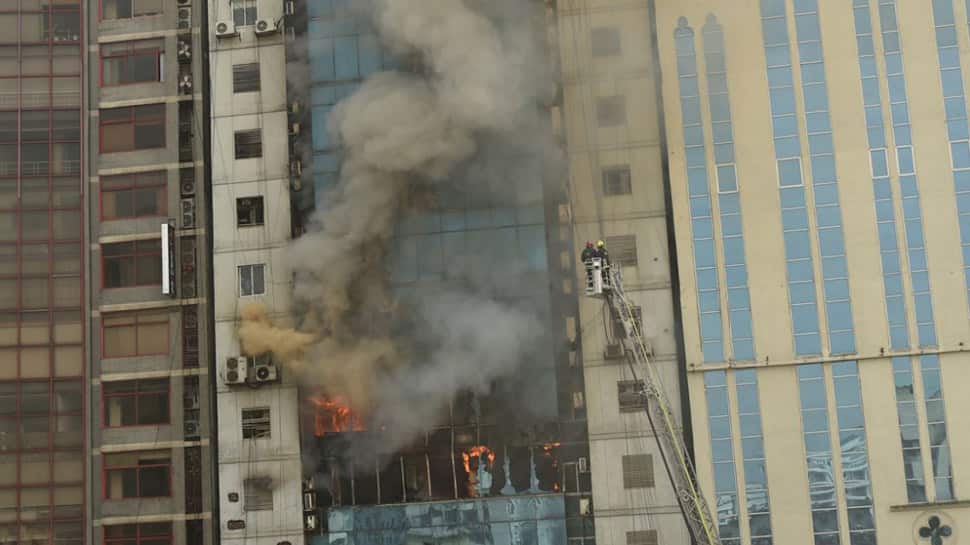 DHAKA: At least 19 people died in a fire at a high-rise office building in Bangladesh's capital city of Dhaka. Fire officials said that 65 people also got injured after a massive fire engulfed the 22-storey FR Tower in the city's Banani area.

The building houses several offices and restaurants. The fire started at around 1 pm on the eighth floor of the building and engulfed other floors within no time. The cause of the fire is still not known.

Farid Uddin, a duty officer of the Fire Service and Civil Defence headquarters, told a leading Bangladesh news website that the fire was brought under control at around 4:45pm.

A total of 21 firefighting units were pressed into service to control the raging inferno and rescue the people trapped inside the building. Later, helicopters were also used to spray water on the building in order to douse the flames.

One of the deceased, Niras Chandra was a Sri Lankan national. Police sources said that Chandra died after he fell down from a window while trying to escape from the raging inferno.

Sources said that the fire badly affected four floors of the 22-storey building. Talking to reporters, a senior officer of Fire Service and Civil Defence said that a five-member probe committee has been constituted to probe the incident.

Three of the victims died after they fell off the building while trying to escape the blaze, Sazzadur Rahman, a medical official, was quoted as saying by IANS

It may be recalled that at least 70 people were killed in February when a massive fire broke out at Chawkbazar in Dhaka.