2 killed, over 80 injured as police lathi-charge protesters in PoK's Muzaffarabad

The pro-freedom rally was called by various political parties under the All independent parties alliance (AIPA) in PoK to observe 'black day' on Tuesday. 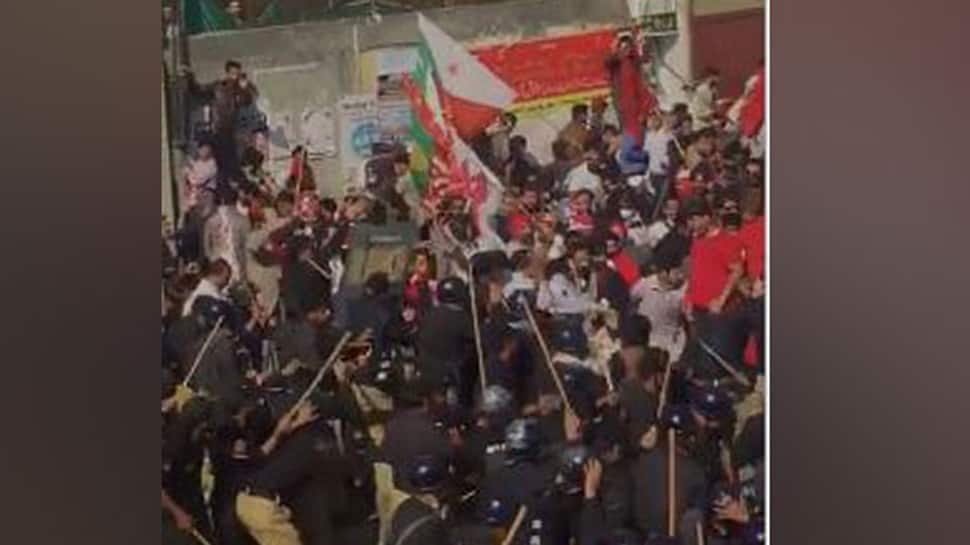 MUZAFFARABAD: Two people were killed and over 80 got injured after police lathi-charged the protesters during a pro-freedom rally at Muzaffarabad in Pakistan occupied Kashmir (PoK) on Tuesday (October 22).

The pro-freedom rally was called by various political parties under the All independent parties alliance (AIPA) in PoK to observe 'black day' on Tuesday.  It is to be noted that Pakistani forces had invaded Jammu and Kashmir on October 22, 1947. The people of PoK and Gilgit Baltistan mark October 22 as the 'black day' demanding the withdrawal of Pakistan from their territory.

Several people took to the streets on Tuesday to register their protest on the 72nd anniversary of the Invasion Day.  The police used tear gas shells and lathi-charged the protesters in order to stop them from holding peaceful anti-government protests.  "We have planned peaceful protest to mark the day, albeit if the administration shows any aggressiveness, we are willing to go to any extent to have our voices heard," a protester told ANI.

It may be recalled that similar protests were held in Muzaffarabad, Rawalakot, Kotli, Gilgit, Rawalpindi and other areas on October 22, 2018.

Turkey to resume northern Syria operation if US does not keep promises: Recep Tayyip Erdogan