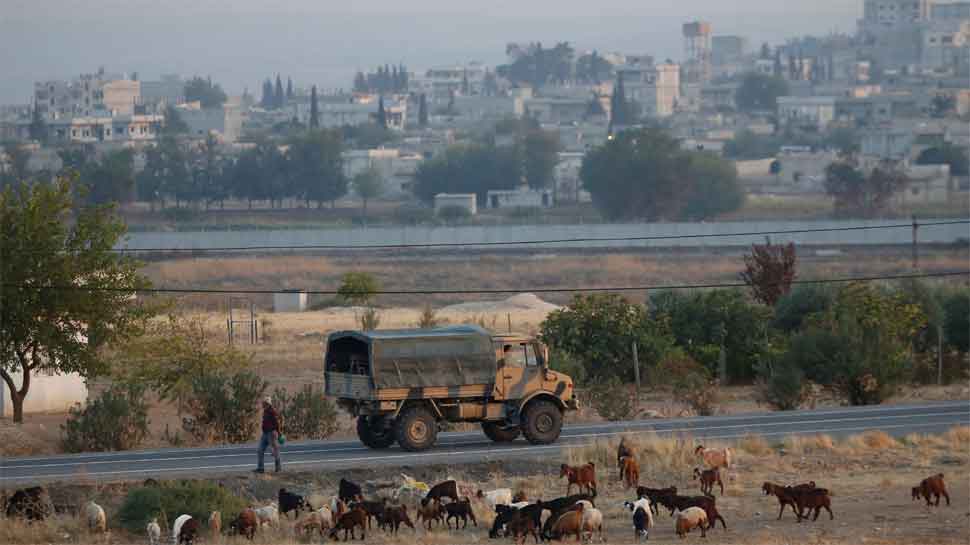 Battles intensified on the outskirts of the town of Ayn Issa in the northern countryside of Raqqa province over the past 24 hours, with airstrikes and artillery shelling by Turkish forces and Turkey-backed rebels against the Kurdish militia of the Syrian Democratic Forces (SDF), Xinhua reported on Wednesday, citing the Syrian Observatory for Human Rights.

A total of 305 SDF fighters, 353 Turkey-backed rebels and 24 Syrian government troops have been killed since Turkey started a wide-scale offensive against Kurdish-held areas in northern Syria on Oct. 9., according to the London-based watchdog.

Turkey began its campaign against the SDF and its broader umbrella of the Kurdish People`s Protection Units, known as YPG, as Ankara deems them as terrorists and separatists.

A few deals have been reached since Oct. 9 under the Russian mediation, which led to the halt of fighting in some areas and the entry of Syrian troops to Kurdish-held areas on the Syrian-Turkish border.