More than 700 Hondurans of the caravan have already crossed into Guatemalan territory, while hundreds more are waiting to cross the Agua Caliente border. 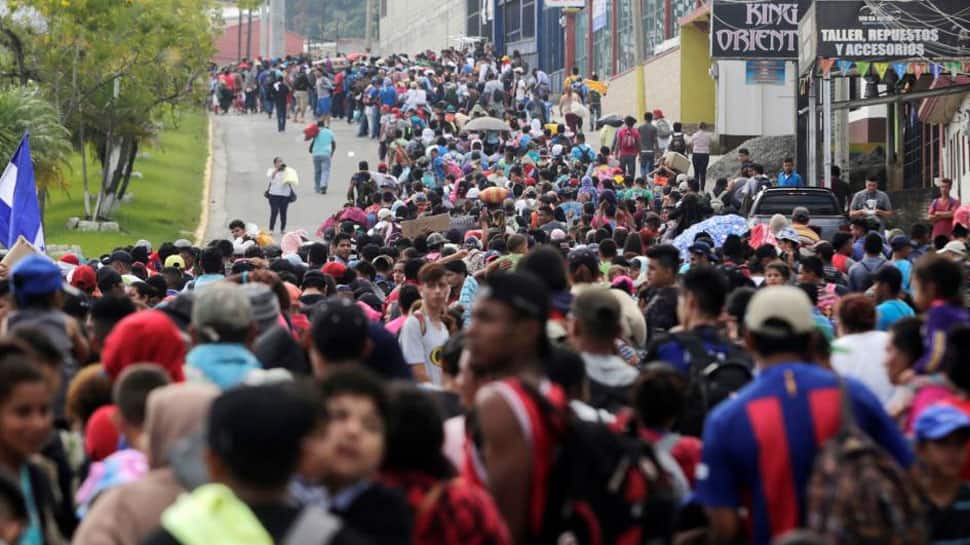 Tegucigalpa: The Honduran government has announced that they have detained 354 migrants who wanted to leave the country and travel to the US in a caravan. Honduran authorities have denied the departure of 126 adults and 228 minors between Tuesday and Wednesday "for not carrying valid documents", Efe news quoted the Task Force on Migrant Assistance as saying on Wednesday.

All were detained in Agua Caliente and El Florido, both border crossings between Honduras and Guatemala. Many of the children travelled alone and others "did not carry the parental authorization signed by one of their parents, an unavoidable requirement to cross the border", according to official information.

The Permanent Contingency Commission (COPECO) and the Task Force on Migrant Assistance continue to "guard" at border points with Guatemala to "ensure the personal integrity of the Honduran people who undertake the trip to the United States in an irregular mobilization of migrants", the statement added.

The caravan, which was started via social networks, began its journey on Monday despite calls by various sectors to avoid migrating in this way because of the risks involved. More than 700 Hondurans of the caravan have already crossed into Guatemalan territory, while hundreds more are waiting to cross the Agua Caliente border, according to Efe.

The statement highlighted that 138 Hondurans, including 69 minors, have returned to their country "safely and voluntarily" from Guatemala to Agua Caliente.

The civil protection agency and the Task Force on Migrant Assistance indicated that they will expand "their presence" at the border to Guatemala, in order to "ensure the lives of the most vulnerable people" who quit the journey and wish to return to their country.

Thousands of Central American migrants started a caravan in October 2018 and 11 of them, all Hondurans, died in their attempt to reach the US, whilst more than 7,000 returned to their country frustrated, according to official figures.

Taiwan says it won't bow to pressure amid China tension