400 migrants detained after crossing under fence into US

It was not immediately clear if the migrants voluntarily surrendered to Border Patrol officials or if they were caught after attempting to evade authorities. 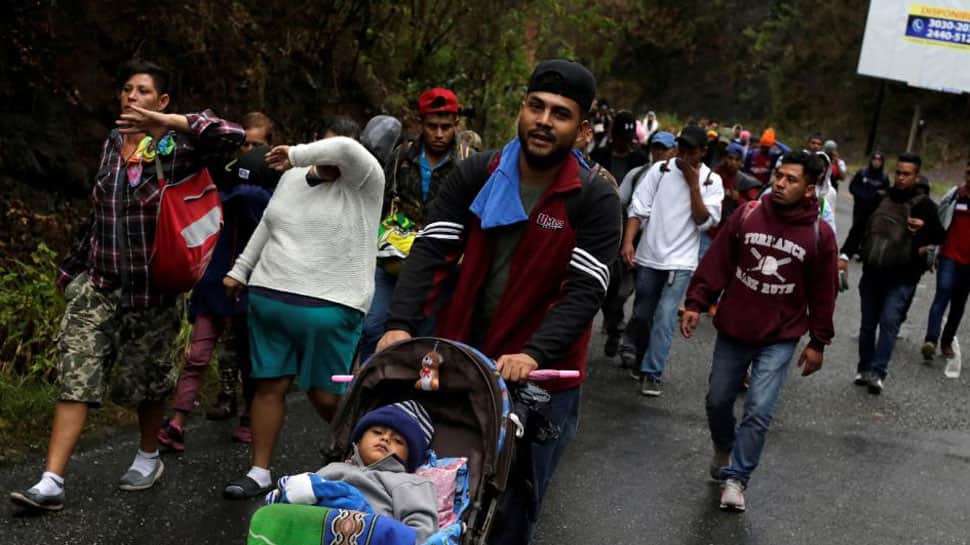 Washington: Nearly 400 migrants burrowed under a fence on the US-Mexico border earlier this week and crossed into the US, informed sources told CNN. US Border Patrol officers stationed in Yuma, Arizona, took about 375 migrants into custody on Monday after they had made it into the US, the officials said on Thursday, calling it an unusually large apprehension.

It was not immediately clear if the migrants voluntarily surrendered to Border Patrol officials or if they were caught after attempting to evade authorities. The "vast majority" of the group were family members arriving from Guatemala, said National Border Patrol Council President Brandon Judd.

"It`s the largest I`ve ever heard of," said Judd when asked if this was a significant number for a single group. There are often groups of 20 to 30 people, sometimes as large as 100, apprehended in the Yuma area, according to a Customs and Border Protection official.

The incident comes as President Donald Trump continues to demand funding for new barrier construction on the US-Mexico border as the government shutdown entered its 27th day on Thursday, saying there was a "crisis" at the border that can only be solved with the construction of new border walls or fencing.

In November, a group of around 80 migrants from Guatemala -- primarily families -- were apprehended by Border Patrol after climbing over the legacy landing mat border wall east of the San Luis Port of Entry.

Hours later, another group of around 80 people entered the US by digging a shallow hole underneath the same portion of the wall, according to CBP. There has been a recent spike in total Border Patrol apprehensions in Yuma, up from 2,117 in fiscal year 2017 to 26,244 last year.

Germany's Maas: We need to talk about reopening the Brexit accord