The tremors, which were felt as far as Los Angeles, was quickly followed by several smaller aftershocks in the area. 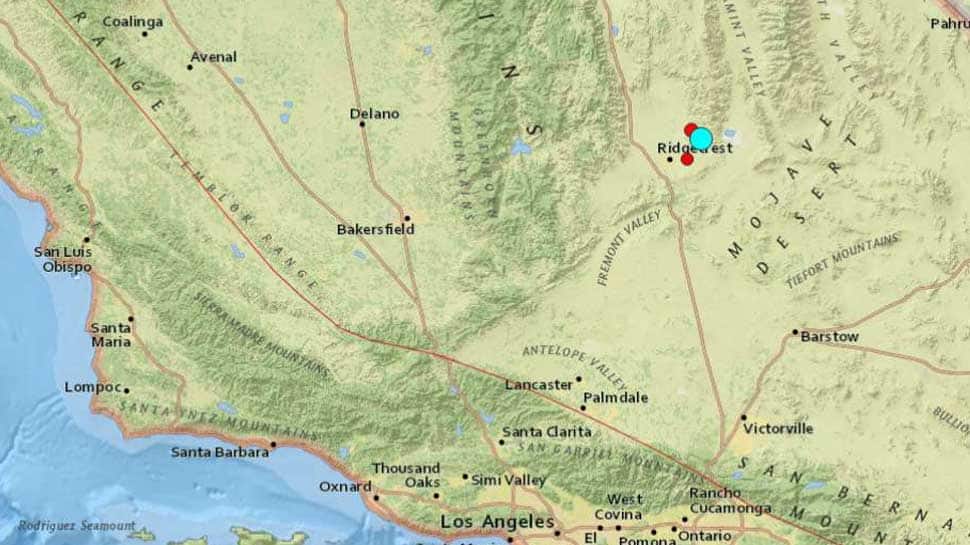 CALIFORNIA: A powerful earthquake of 6.4-magnitude hit Southern California near the city of Ridgecrest, some 200 miles northeast of Los Angeles on Thursday.

It was also the largest temblor to hit the region in decades.

According to the US Geological Survey, the earthquake, which was initially reported as a magnitude 6.6, was very shallow - only 5.4 miles - which would have amplified its effect.

The tremors, which were felt as far as Los Angeles, were quickly followed by several smaller aftershocks in the area.

Soon after the incident was reported, the Los Angeles Fire Department said in a tweet that it was a “significant earthquake.”

Taking to Twitter, the Los Angeles Police Department said that the quake, which was centered in the Ridgecrest area, is not suspected to have resulted in any damage in the city itself.

At this time, the LAPD has not received any reports of damage or calls for service within the City of Los Angeles related to the #earthquake. Remember, 911 is only to report emergencies. This was a strong one, and a good reminder to be prepared  https://t.co/fURDNcMhhQ

However, it remains unclear whether anyone was injured, or if there was damage caused in other areas.

Meanwhile, the US National Tsunami Warning Center said that a tsunami is not expected to follow the quake.

California is on the so-called Pacific Ring of Fire and is prone to earthquakes.