Violence in Saturday`s election, in which President Ashraf Ghani is widely expected to win a second five-year term, could deepen political instability, embolden the Taliban and set back efforts to get stalled peace talks back on track. 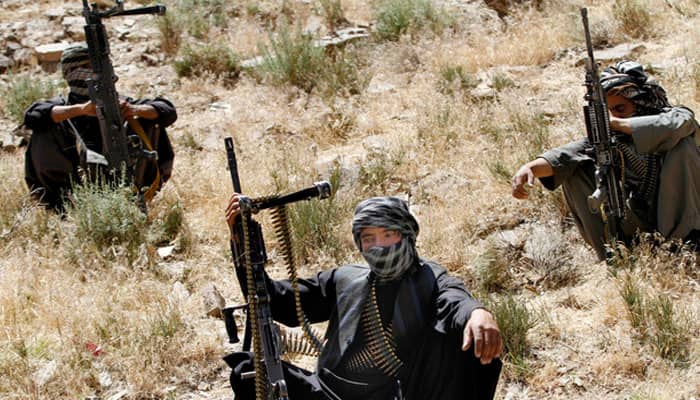 KABUL: Afghanistan deployed more than 100,000 troops and police on Thursday to guard polling stations in a presidential election which the Taliban has threatened to disrupt with suicide bombings and rocket attacks. Every election in the last decade has been marred by violence in Afghanistan, where Taliban Islamic militants are fighting US-backed government forces and demand the withdrawal of foreign troops from the country.

Violence in Saturday`s election, in which President Ashraf Ghani is widely expected to win a second five-year term, could deepen political instability, embolden the Taliban and set back efforts to get stalled peace talks back on track. Of the 18 candidates, only Ghani and Abdullah Abdullah, who as chief executive of a unity government is effectively prime minister, have a realistic chance of victory.

The winner will be key to efforts to forge peace with the Taliban and efforts to reset talks between the insurgents and the United States, which were called off earlier this month. Security will be tight as the more than 29,500 polling stations set up in schools, mosques, hospital compounds and district centres. Two senior security officials in Kabul put the number of security forces deployed at over 100,000.

Western security officials and diplomats in Kabul said U.S. forces would also provide air support for the Afghan forces - to thwart insurgent attacks and ensure safe retrieval of ballot boxes from the stations after the election. In large swathes of the country, people will not have the choice to vote as the Taliban and Islamic State fighters are in control there. About 1,500 polling stations will be closed because security forces cannot protect them.

"The entire security apparatus is on high alert. Operations to neutralise, arrest and disrupt insurgent attacks are being conducted ahead of the elections," said Abdul Moqim Abdulrahimzai, the director-general of operations and planning at the Interior Ministry in Kabul.

Abdulrahimzai, who is overseeing the deployment of forces, said military vehicles and soldiers were seen moving towards volatile parts of the country, which has seen an increase in attacks in recent months. "Our job is to defend the national process, the democratically held elections and civilians," he said.

Anyone who votes has their finger marked with indelible ink to prevent them from casting multiple ballots. This can make it risky for voters who return to areas controlled by the Taliban. In past elections, the Taliban have beaten or cut off the fingers of some voters.

There have already been attacks on a campaign rally and one of the vice-presidential candidates. Last week the Taliban attackers killed nearly 50 people in separate suicide bombings, one targeting an election rally for Ghani. The Taliban controls more of Afghanistan than at any time since it was toppled in 2001 and the US-backed government’s security forces are struggling to contain the militants.

The Taliban warned teachers, students and other education workers this month to avoid the presidential vote or risk dying in attacks. More than two-thirds of polling stations will be in schools. On Thursday, the Taliban said all major and minor roads would be closed by Mujahideen (Taliban fighters) on election day. If casualties arise, it said, all responsibility will lie with "the participants of this American process themselves."

"We ask fellow countrymen to refrain from venturing out of their homes on this day so that, may Allah forbid, no one is harmed," the Taliban said in a statement. There is mistrust of both sides. A recent joint U.S.-Afghan raid on a militant hideout in the south killed dozens of civilians at a wedding party, and a US drone strike accidentally killed over 30 pine nut harvesters in the east has raised fresh concerns about security tactics.

"It is hard to trust the Afghan or the U.S. forces after the blunders they have committed that led to the death of innocent children, women, and men," said Najima Khan, a professor at the Kabul University. "I will vote as it is my duty and my right, but I don`t trust the security arrangement."

The US military often accuses the Taliban of using human shields by operating in areas with a significant civilian presence. The United Nations says nearly 4,000 civilians were killed or wounded in the first half of the year. The toll included a big increase in the number of casualties inflicted by government and US-led foreign forces.