Afghanistan crisis: One of most difficult airlifts in history, says US President Joe Biden on evacuations amid Taliban takeover

Joe Biden said that the past week has been 'heartbreaking' and expressed, "We've seen gut-wrenching images of panicked people acting out of sheer desperation. You know, it's completely understandable. They're frightened. They're sad — uncertain what happens next." 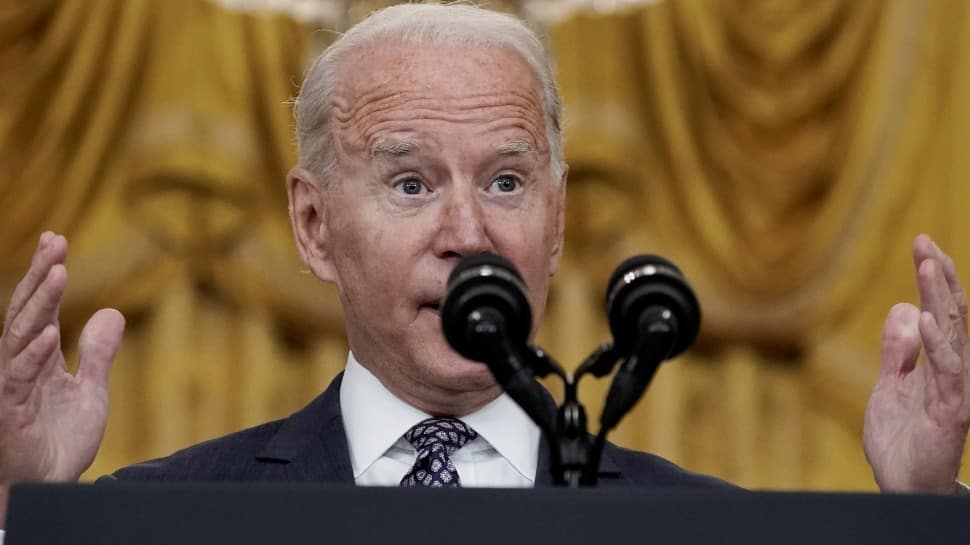 New Delhi: US President Joe Biden on Friday (August 20, 2021) called the evacuation mission in Afghanistan one of the 'largest and most difficult' airlifts in US history. Biden, facing criticism of his handling of the chaotic pullout from Afghanistan after the Taliban's takeover, said that his administration is going to do everything that they can to provide safe evacuation for their Afghan allies and partners.

"Let me be clear, any American who wants to come home, we will get you home," he said in a speech from the White House.

"But make no mistake. This evacuation mission is dangerous. It involves risks to our armed forces, and it is being conducted under difficult circumstances," the US President added.

He also said that the US government is keeping a 'close watch' on any potential terrorist threat at or around the Kabul airport, including from the ISIS affiliates in Afghanistan who were released from prison when the prisons were emptied.

Biden stated that the US has almost 6,000 troops on the ground, including the 82nd Airborne providing runway security, the Army 10th Mountain Division standing guard around the airport, and the 24th Marine Expeditionary Unit assisting the civilian departure.

Since I spoke on Monday, we have made significant progress on the ground in Afghanistan. pic.twitter.com/BDtK9kRHeb

"I cannot promise what the final outcome will be or what it will be — that it will be without risk of loss.  But as Commander-in-Chief, I can assure you that I will mobilize every resource necessary," Biden added.

Joe Biden said that the past week has been 'heartbreaking'. He said, "We've seen gut-wrenching images of panicked people acting out of sheer desperation. You know, it's completely understandable. They're frightened. They’re sad — uncertain what happens next."

"I don't think anyone — I don’t think any one of us can see those pictures and not feel that pain on a human level," he added.

Biden's comments came amid the Taliban ousting the Kabul government a week ago as US forces withdrew after 20 years.