After major power supply failure in Pakistan, electricity restored in some areas

Power was restored at the 500kv Rawat-Naukhar circuit and the 500kv Tarberla-Rawat circuit as well. 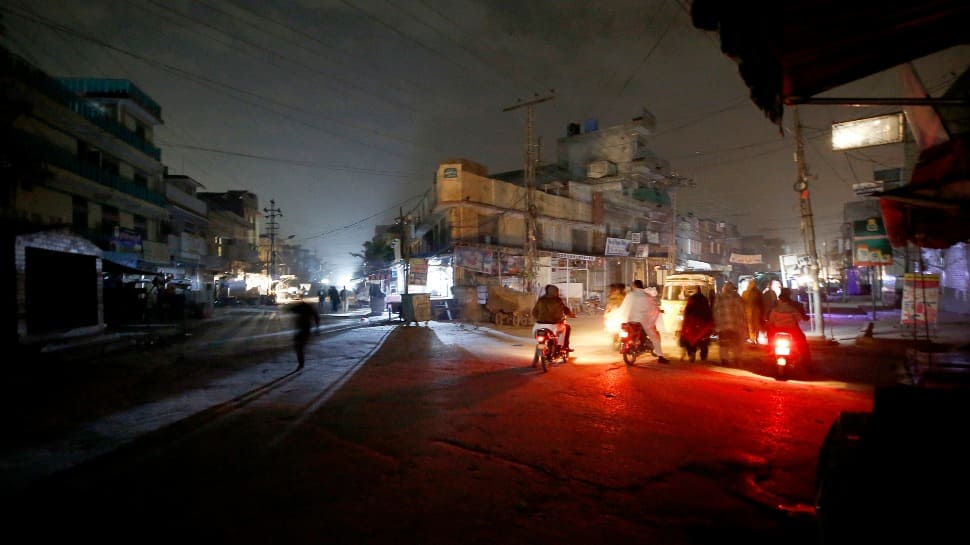 Islamabad: Power is gradually being restored in many areas of Pakistan after a major breakdown left the entire country in the darkness just before midnight on Saturday, Geo News reported. According to Federal Minister for Energy Omar Ayub Khan, power has been restored at all Gujranwala Electric Power Company (Gepco) stations. It was resumed in Gujarat and Mandi Bahauddin districts.

Power was also restored at the 500kv Rawat-Naukhar circuit and the 500kv Tarberla-Rawat circuit as well.

Later, Omar Ayub explained that the power breakdown occurred when the frequency in the national power distribution system (NTDC) suddenly fell from 50 to zero.

Following the blackout, citizens took to social media to vent their ire on the situation and mocked Prime Minister Imran Khan for his inability to handle the crises Pakistan is going through.

Soon after the breakdown, the term #blackout became a top trend on Twitter with over 52,800 tweets till 2:18 am.

"So finally Pakistan showed unity in something that sounds good. 2021 game strong," said a Twitter user.

"Everyone in Pakistan on Twitter will be an electrical engineer till morning," said another Twitterati.

Another person said: "Pakistanis: Bhai Pakistan sahi nhi chal raha @ImranKhanPTI have you tried turning it off and on?"