Agreement reached to keep US troops in South Korea

Under the revised Special Measures Agreement, South Korea would boost its financial contribution to nearly $1 billion. 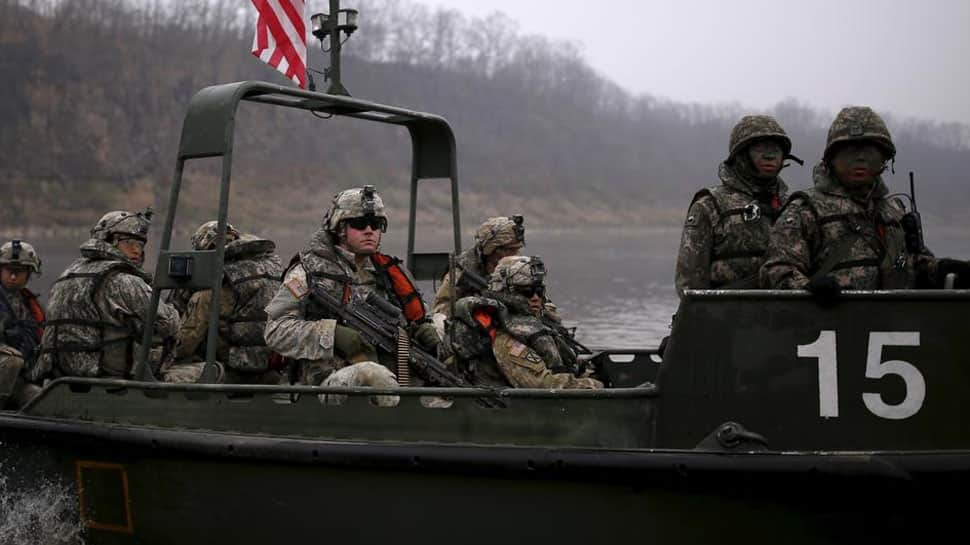 Washington: The US and South Korea have reached a preliminary agreement of keeping nearly 30,000 troops in Seoul, State Department officials said here, alleviating fears that President Donald Trump could move to withdraw American troops from the country.

Under the revised Special Measures Agreement, South Korea would boost its financial contribution to nearly $1 billion, CNN quoted the officials as saying on Tuesday. That`s an increase on the about $800 million South Korea had been paying per year during the previous five-year commitment.

The most recent agreement lapsed at the end of last year. Since then, Trump had been pressuring South Korea to double its financial support to $1.6 billion, making some of his own administration officials worry that the President might offer to withdraw US forces from South Korea during his second summit with Kim later this month.

"Both sides are committed to working out remaining technical issues as quickly as possible," the State Department said in a statement.

"The US appreciates the considerable resources South Korea provides to support the Alliance, including its contribution towards the cost of maintaining the presence of US forces in Korea through the Special Measures Agreement."

The revised Special Measures Agreement only a one year agreement, with the possibility for an extension. The previous agreements had been for five years. The Department said Steve Biegun, the US special representative on North Korea who is currently in Seoul, will travel to Pyongyang on Wednesday to prepare for the upcoming second summit.

He will meet his newly appointed counterpart, Kim Hyok-chol and "advance further progress on the commitments the President and Chairman Kim made in Singapore", it added.