All suicide bombers in Sunday's attacks are believed to be Sri Lankan nationals: Minister

Minister Rajitha Senaratne has said the National Tawheed Jamath outfit is suspected to be have organised and coordinated the attacks. 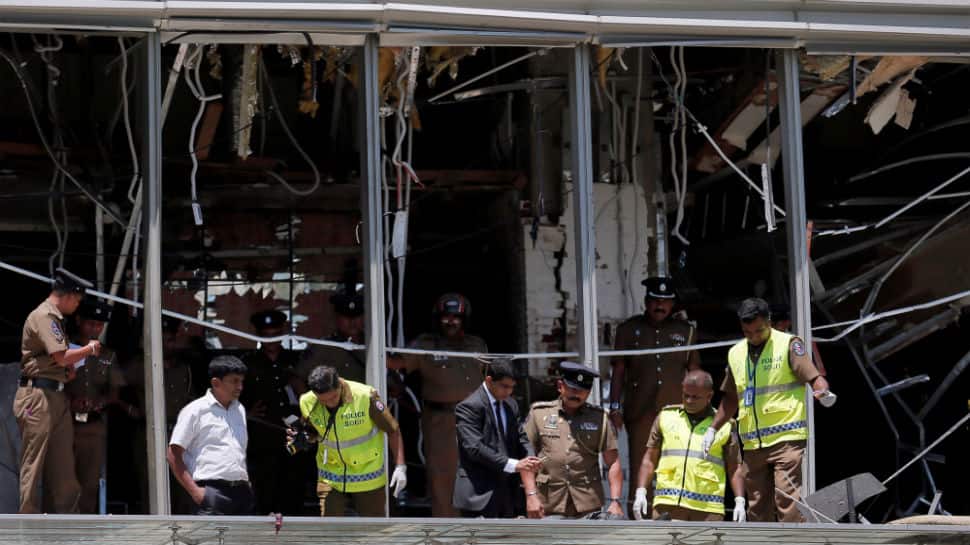 A Sri Lankan minister said on Monday afternoon that all suicide bombers who carried out multiple explosions in Colombo and elsewhere in the country a day earlier 'are believed to be Lankan nationals.'

Minister Rajitha Senaratne said that none of the suicide bombers behind the ghastly explosions that have killed 290 and wounded over 500 was a foreign national and that the National Tawheed Jamath outfit is suspected to be have organised and coordinated the attacks.

Reuters also reported that a senior investigator probing the explosions has revealed that seven suicide bombers were responsible for the serial blasts which targeted churches and high-end hotels in Colombo and other parts of the country. He added that these are only preliminary findings and an exhaustive probe is underway.

Sri Lankan authorities have so far arrested 24 suspects and are questioning them, according to local media reports.

Sri Lankan Prime Minister Ranil Wickremesinghe had previously said that there were intelligence reports which warned of attacks but that the response to these had not been adequate. Vowing to respond in the strictest manner possible, he had said that he would also take a look at all the shortcomings that allowed for attacks of this magnitude to take place.

Hundreds of victims are receiving treatment in hospitals across Sri Lanka and primarily in the capital city of Colombo. The death toll could rise further, according to health officials.

The country had declared a curfew on Sunday which was lifted at 0600hrs on Monday. Another curfew would be in place in Colombo between 2000hrs on Monday till 0400hrs on Tuesday.